Shorecliffs Golf Course wanders through the coastal canyons and valleys of San Clemente, heading towards the beautiful shoreline. Situated just steps from the ocean, the course enjoys cool ocean breezes and a temperate climate, which makes it a year-round haven for golfers.

Nestled in the foothills of Riverside County, Indian Hills Golf Club incorporates a range of different elevation changes. The elevated tees provide great views of the surrounding hills while the tricky raised greens make up the bulk of the course's difficulty.

El Prado Golf Course in Chino offers two 18-hole courses, Chino creek and Butterfield Stage. Chino Creek is the longer of the two at 6,858 yards from the back tees. It is also considered more challenging but both are player friendly enough to appeal to all skill levels.

Nestled in the foothills of the San Bernardino Mountains, Yucaipa Valley Golf Club enjoys a stunning backdrop on most of its holes. Yucaipa Valley offers the unique combination of being both challenging and affordable, for this reason it's a local favorite. The layout is player friendly enough to appeal to a wide range of skill levels.

Morongo Golf Club at Tukwet Canyon offers two 18-hole championship courses, the Legends and the Champions. Nestled in the foothills of the San Gorgoncio and San Jacinto Mountains, both courses have a scenic landscape that offers stunning views. The Legends Course is the newer of the two but it provides just as challenging a game as the Champions, which is a PGA Tour favorite.

Situated amongst the foothills of the San Gorgonio and San Jacinto Mountains, Morongo Golf Club at Tukwet Canyon boasts 36 holes of scenic championship golf. The two courses, the Champions and the Legends, are some of the area's most popular. The older Champions Course is host to the PGA Tour Q-School and it is a Nationwide Tour Qualifier.

Composed of the Ontario, Riverside and San Bernardino areas, the Inland Empire is the fifth largest urban area in the state of California and quickly becoming one of the most diverse. Although it holds onto to its agricultural roots, which includes the Temecula Wine Region, the area is growing in terms of cultural arts, sports and recreation, including golf.

You'll find dozens of golf courses to choose from -- including the tranquil Lake Arrowhead, the Schmidt-Curley designed 36 holes of the East Valley Country Club in Beaumont, or Riverside's Oak Quarry Golf Club, which features one of the most picturesque par-3 holes in California.

Besides golf, though, there is a growing list of entertainment options. The Victoria Gardens Cultural Center in the city of Rancho Cucamonga, for example, opened in 2006. In San Bernardino, there's the San Manuel Amphitheater, among the nation's largest outdoor amphitheaters. And the Route 66 Rendezvous, held in San Bernardino, is the largest classic car show in the country, drawing more than a half million people from around the world.

When it comes to other outdoor adventures, there's winter sports, hiking, biking and camping in the San Jacinto Mountains as well as the San Bernardino National Forest. 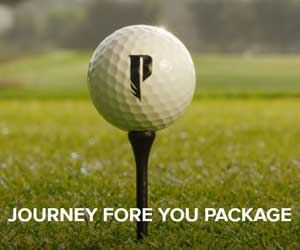 Journey Fore You Package
For the golf lover. Experience a room with a view overlooking the Journey at Pechanga championship golf course, then get to the links for a fun, challenging golf excursion.
Price range: $279
For more information click here.

Latest reader ratings from this area