Sierra Lakes is a playable course in the Inland Empire

FONTANA, Calif. - Most non-Californians have never heard of the Inland Empire, the area between Los Angeles and Palm Springs, but it's fast becoming a booming area of subdivisions and new places to play with reasonable green fees.

Among several courses built in the past few years is Sierra Lakes Golf Club near San Bernardino with 18 holes laid out by Ted Robinson in 2000 to take full advantage of the site at the foot of the San Bernardino Mountains in Fontana.

Robinson, the architect for Sierra Lakes, made a name for himself in Southern California designing course after course with rolling mounds and moguls and heavy on wild water features - falls that tumble out of nowhere to pool into lakes or streams. There is a touch of that at Sierra Lakes, but not enough to be overwhelming. Generous fairways with wide open landing areas help to make this a playable experience, along with lots of fronts on greens where you can roll your ball toward the hole. So call this round Robinson Light.

Fairways and greens are well-manicured, especially so considering the popularity of this course. Weekend play can be especially heavy and golf outings can stack up the course.

"It's an extremely fair course, but it's also a challenging one that we keep in great shape," says Rick Danruther, director of golf at Sierra Lakes, which is one of a number of courses operated by Donovan Brothers Golf. Others in the Los Angeles area are: Strawberry Farms Golf Club in Irvine, Trilogy Golf Club in Glen Ivy and Hesperia Golf and Country Club.

The course leads off with two easy par-4s - short enough with wide-open landing areas that have a bit of a tunnel effect to keep your ball in play.

But very quickly you run into two "water" holes that reveal the Robinson flair for the wet stuff. No. 4 is a par-3 (184 yards from the back and 123 from the forward) that requires a tee shot from an elevated tee over a marshy strip, a narrow strip of grass and then over a little pond to a generous green. The distance isn't that great to cross, but don't be short as the approach to the green is steeply sloped back down to the pond. And if your ball veers left or long, grab your sand wedge.

The next watery hole, No. 6 is the most photogenic, a par-3 playing 195 yards from the back and 89 from the front. Off to the far left is a trickling waterfall, rushing over boulders; it's out of play, but there is still water at the front and to the left of the hole.

"If you miss the green on one side, you go in the water, and on the other, you can go into the bunkers," says Danruther.

A number of fairways on this course are long tough stretches where the ground slopes down toward giant waste bunkers. You are deceived into thinking you have a level playing field in front of you when you're standing on the tee because the bunker is hidden from view.

No. 18, nicknamed "Final Stretch," is a par-5 that measures 531 yards from the back tees and 450 from the front. This is a true par-5 that very few can reach in two shots, even though it's a downhill fairway.

"There is a huge bunker in front of the green and others around the green," notes Danruther about this strong finisher.

Other places to play

Empire Lakes, an Arnold Palmer designed course in Rancho Cucamonga, was built in 1996 and is part of the Nationwide Tour. Phone: (909) 481-6663. Web site: www.empirelakes.com.

Oak Quarry in the Jurupa Mountains in Riverside has dramatic elevation changes and water in play on seven holes. Phone: (909) 685-1440. Web site: oakquarry.com.

Where to stay and eat

Fontana has almost no accommodations in the city, but in neighboring San Bernardino on Hospitality Lane just off the Waterman exit from I-10, there are a host of chain motels and restaurants.

The best way to reach this course is by taking Highway 210 all the way east until it ends. Then drive north on Sierra Boulevard to Clubhouse Drive where the course is located.

Southern California architect Ted Robinson has designed more than 170 courses all over the West, including several in the Palm Springs area 50 miles down the road from Fontana and San Bernardino; among his desert creations are Marriott's Desert Springs, one of the Tahquitz Creek courses and two courses at Indian Wells. 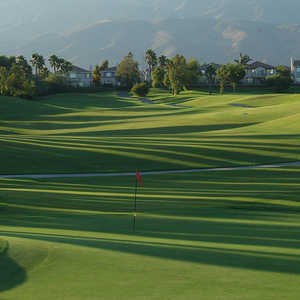 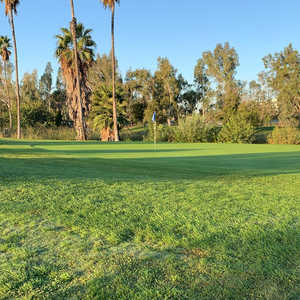 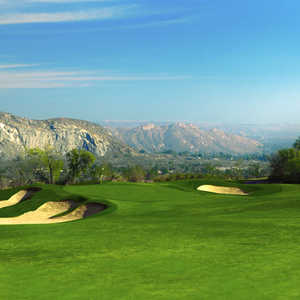