Watch the water on the right at the par-4 first hole at the Links at Summerly.
«

The Links at Summerly

The Links at Summerly borders Lake Elsinore, southern California's largest natural lake. The Ortega Mountains and the Cleveland Natural Forest are also the golf course's neighbors. Although it feels nicely secluded, the Links are conveniently just minutes from Temecula.

Niche golf is another matter.

As its name suggest, The Links at Summerly in Lake Elsinore isn't subtle in deriving its design from the sport's historic layouts of the British Isles.

Detailing the impetus for the name feature of the Cal Olson-designed track, Gonzales added: "There are three miles of burn running through here, so to get that water in and out from the surrounding areas, the burns were the only option suitable for this geographical area."

Though the skinny streams run dry for the better part of the year, they are a consistent hazard nonetheless. Snaking across half the holes (including a few double-burn tests), the burns will perennially dictate direction and club choice, despite their slight width.

Though the burns are well marked with red stakes, first-time visitors will no doubt face a few blind head-scratchers and the antiquated GPS on carts will belie the "positioning" criteria on occasion. Those new to the course should study the hole-by-hole description on the courses website and, upon arrival, spend the extra $2 on a yardage book.

"The course has character," said Gabe Basil, a high-handicap first-time visitor. "There are a lot of interesting shots. If you don't have any guide it's really challenging. You don't know what lies ahead. But I really liked it. It's really unique."

The Links at Summerly: Stakes are high

Cut between the Ortega Mountains and Cleveland National Forest, the appreciative player will readily enjoy the tranquil spread. Small planes, hot-air balloons, hang gliders and parachutists abound in the sky above (none of this aerial activity perturbs your game below). Rather, the action only adds to the uniqueness of the grounds.

Though typically seen at seaside courses, paspalum grass is played on The Links at Summerly's tees and fairways and offers a great grab for your irons and wedges.

"It has a tendency to play faster," Gonzales said of the paspalum. "We tell people that are coming here for the first time that if the burn is 200 yards out, play a 160-yard shot because you're going to get some roll."

While the bounding should find long hitters often clubbing down from the tips at more than 7,000 yards, shorter-distance players will see their distance wonderfully behooved by accuracy.

"You see the course and think it looks opens and just pull out drive, but that's just not the case with this golf course," Gonzales said. "That can bite you."

Apt positioning will lead to options and creativity, especially on the five par 5s.

"No. 2 has the burn off the tee," Gonzales said of the first par 5, the top handicap hole at The Links at Summerly. "The majority of the time you'll hit 3-wood and then, depending on where you sit in comparison to the burn, you can either try to carry it or lay up."

Par 5s bookend the back, with an excellent chapter penned on the 581-yard 10th, the No. 2 handicap hole. A waster bunker runs down the left and a burn guards the green from 75 yards out. Accuracy is at a premium as lake water guards the putting surface to the left and beyond the green.

The ensuing par 5 will tilt the head of newcomers.

"You can try and clear the water on the right and go to the other side of the burn," Gonzales said of the split fairway, dogleg 13th. "If you do you're going to get there in two with a mid-iron in. If you chose to lay up on the burn toward the left or middle, then it's one of those holes that might be a utility club off the tee, then an 8-iron and then a wedge in toward a kidney-shaped green with a lot of hazards around it and water to the right."

The Links at Summerly: The verdict

On a calm, windless day, scoring options are abound for the accurate player. Combining links-style play, ample serenity, paspalum grass and a host of aerial scenery, The Links at Summerly is truly among the most unique golf courses amid the Inland Empire.

Newcomers will find pause with direction, but much vexation can be assuaged by consistently playing to safe and visible locations.

The Links at Summerly features a full practice facility, with group and individual lessons available to all levels. 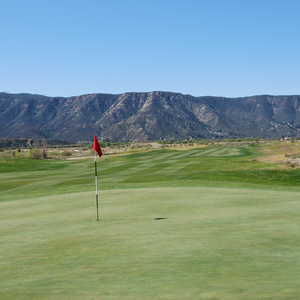 The Links at Summerly
Lake Elsinore, CA
Details Book from $15 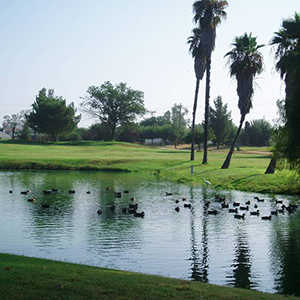 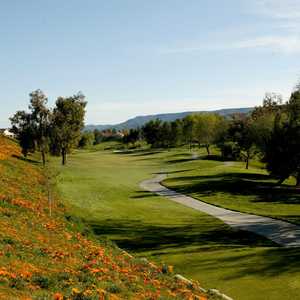