RIVERSIDE, CA -- Striking a golf ball on the fairways at the Landmark Golf Club at Oak Quarry is like taking a lesson in mineralogy and discovering links to how Southern California was built.

Here in the scenic Jurupa Mountains, minutes from the town that brought America its first navel orange, is the rugged site of the Jensen Quarry, abandoned and considered an eye-sore for 22 years. It’s a place where Dr. Gil Morgan and Schmidt-Curley Design layed out one of California’s most incredible new golf courses.

At its operating peak, the Jensen Quarry supplied marble, limestone and 88 different minerals for the development and construction of roads, private residences and large buildings for the entire greater Los Angeles area. The cement produced here was key in the creation of the massive Southern California mecca.

Today, the rock quarry, with its rich history of importance during World War I and dating back to the early 1900s, serves as a 7,002-yard, par-72 backdrop for such holes as Microlite Ledge, Gypsum Gully, Marble Ridge, Limestone Dome and Quartz Corner, with water coming into play on seven holes.

Its signature hole, No. 14 Spinel Slide, a par-3, 214-yard test, seems to be carved into the face of the white-tinted mountain. It’s precarious. Water skirts the entire left side and left rear with the ragged edges of the mountain peering back and towering into the sky. The green is surrounded by four sand traps. Many consider it the best par-3 hole in Southern California.

Oak Quarry features dramatic elevation changes, holes that take you in and out of canyons, negotiating undulating fairways, tiered greens and perhaps the best feature of all? There will never be a house lining the fairways.

Owned by the same company that brought you Landmark Golf Club in Palm Springs, Riverside is in the Inland Empire -- it’s between Los Angeles, Orange County and Palm Springs -- a new burgeoning golf area that also was once home to countless herds of cattle and March Air Force Base, a key training base during World Wars I and II.

"Its pretty simple why golf is so popular here in the Inland Empire,” said Hank Schiller, general manager at Landmark Golf Club at Oak Quarry. “Golf grew at a rapid pace in Southern California but it was costly. Land cost is much cheaper here than in Los Angeles.”

“The repeat business has been great,” Schiller continued. “People want to play this course then play it again and again. It is truly a unique experience.”

Schiller says Oak Quarry is a course that demands precision with the driver.

“You don’t have to hit driver on every hole, but to have the right angle to the green it must be in the right position. And you don’t want to miss these smallish greens on the short side of the flag because you can’t get overly aggressive on the recovery. The greens average about 6,000 square feet and they have a good roll to them with a lot of movement.”

Amazingly, Schiller says, there have been 38 aces on this course known for difficult par 3s. Perhaps the good weather and the scenery is inspiring the 58,000 golfers a year, who are enjoying the golf boom in the Riverside area.

Eight new top shelf daily-fee courses have opened in the area since 1996, including Empire Lakes in Rancho Cucamonga (1996), Hidden Valley Golf Club in Norco (1997), Goose Creek in Mira Loma (1999), Eagle Glen in Corona (1999) and Sierra Lakes in Fontana (2000) in addition to Oak Quarry. Travel east, courses in Yucaipa and the PGA of Southern California Golf Club in Beaumont also have opened to happy golfers.

“Oak Quarry is one of the most unique golf courses you will ever play,” said John Westerfield of Dana Point. "I’ve played thousands of golf courses and this course, without a doubt, is the most interesting course I’ve ever played. I think it is the best design in Southern California. Every hole makes you think and is very strategic.”

Visit the Jurupa Mountain Cultural Center to learn about fossils, minerals and rocks of the Jensen Quarry. It’s located at 7621 Granite Hill Dr. at Camino Real. Telephone is 951-685-5818.

In downtown Riverside, aside from the historic Mission Inn, you will find three citrus trees at the corner of Arlington and Magnolia Avenues, that are a part of history. One of them is the Parent Navel Orange Tree, which came to Riverside from Brazil in 1870.

This tree was the start of navel oranges in the USA and is said to be the "parent" of all Washington Navel Orange trees on the West Coast. But the sign there doesn't say which one of the three trees it is. The City of Riverside was built upon its flourishing citrus industry in the 19th century. 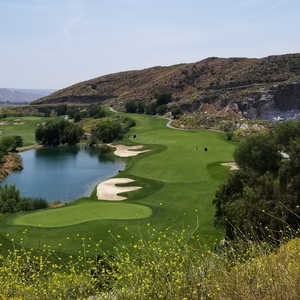 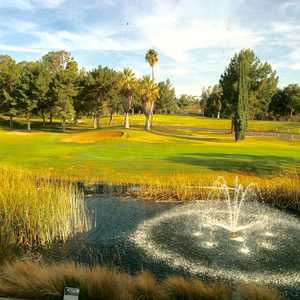 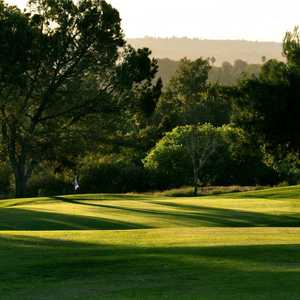