The site was so appealing the settlers built the original California mission here on the banks of the Arroyo Trabuco, even though it was later moved to San Juan Capistrano. The mission on this site was dedicated on July 24, 1769 and a stone monument just off the 12th tee marks the spot. Humorous historians tabbed it the Trabuco Hilton and its ruins can still be seen.

The early inhabitants enjoyed the views of the Saddleback Mountains and the Cleveland National Forest in the distance and shared the land with mountain lions, bobcats, deer, hawks and rattlers. And even though the golf course is located in heavily populated Orange Country, the wildlife can still be seen here.

Opened in 1990, Tijeras Creek Golf Club, a 6,613-yard, par 72, designed by Ted Robinson, is known by area golfers for its split personality. It's mild-mannered Clark Kent on the traditional front nine, and it's leaping tall buildings as Superman on the rugged, narrow, twisty, up-and-down target-styled back nine.

"Tijeras Creek has one of the best back nines in Southern California," said Rick Thomas of LA. "You can really get a feeling of getting away from the city and being in the boonies. Walking is not frowned upon, service is excellent and the pace is usually four and a half hours. You will enjoy the scenes of nature, too, even though you are surrounded by civilization."

Just sit back and enjoy the front nine which will build your ego with a series of conquerable holes. The par-3 No. 5, a 162-yarder, is a typical Robinson design you will see on most all of his courses. There's a pond and man-made creek-waterfall feature wrapping around the green surrounded by deep bunkers. The green is heavily sloped and one little mistake will make you pay.

For a certain stretch of the back nine don't you dare grab that driver. It's tight and unforgiving.

Southern California PGA. This 172-yard par 3 includes a tiered green with creek running in front. The 14th is fun, too. It's a par-3, 165-yard beauty, downhill, with a surrounding wooded area ready to gobble up any mis-hits and a deep bunker left that is a short-sided nightmare.

You will find water hazards on six holes and one of those is the signature hole. No. 17, is a 399-yard, par 4, requiring an 225-yard accurate tee shot up a dogleg left fairway, then an approach over Tijeras Creek to a double-tiered green. If you strike an exact Drive, your approach must go uphill, clear the creek and rock wall and land on the same tier as the pin. Anything left, right or short is a sure penalty.

If you think the 6,613 yards aren't enough for a big hitter like yourself, just wait. Tijeras Creek is currently constructing new tee boxes on certain holes throughout the golf course to create a set of championship tees.

"The new tees will create a new approach to the ways that the individual holes are to be played and framed from the tee which will allow four sets of teeing options on each hole," said Michael McChristie of Tijeras Creek.

McChristie also said the fourth hole will now require a long iron into the heavily guarded green as a new tee is under construction 40 yards behind the current one. The seventh hole will require a carry over water from 225 yards as the tee is being moved back and to the left.

"Even some of our most spectacular holes will be changed for the better as the No. 14 tee is being moved back into the hillside measuring 195 yards with a 100-foot elevation drop from the tee to green," he said.

The folks at Orange County: California's Golf Coast have their own internet address at www.occgolf.com for information about planning your golf trip to Orange County or call 800-555-1982.

When you take the kids to Disneyland, just a short drive from Tijeras Creek, don't miss the new California Adventure next door and the "Soarin' Over California" attraction -- it is great fun for any age. Soarers enter through a massive hangar, where you await your mission briefing. Then get ready for the ride of your life -- an exhilarating airborne adventure over the diverse wonders of California.

For information on the great vacation possibilites of Newport Beach and Orange County or a free visitors guide, please call 800-94-COAST, fax: 949-722-1612 or email them at info@nbcvb.com. Internet address is www.newportbeach-cvb.com.

The Hyatt Newporter, located at Jamboree Drive and Highway 1 (Pacific Coast Highway), was the site of the 1953 Boy Scout National Jamboree, where more than 50,000 Boy Scouts camped out in tents.

Today, the tents are gone, and the grounds are covered with palm trees and natural trails -- ideal for scenic walks, jogging and cycling. Back Bay Drive, a five-mile nature trail for cycling or jogging, parallels the ecological preserve of Newport Bay. Bicycles are available for cycling to nearby Balboa Island, Newport Harbor or the beach. Volleyball, shuffleboard and table tennis are all available on-site.

The Hyatt Newporter also has a nine-hole executive par-three golf course named Back Bay, and is a perfect place for a family, including small children, to learn the game or sharpen skills of the short game. You also have access to 16 lighted tennis courts, spa facilities, sauna and whirlpool.

Where to Dine at The Hyatt Newporter:

From I-5 going south, get off at the Oso Pkwy exit and go east, travel for four miles to Antonio Pkwy, turn left and proceed for two miles to Tijeras Creek Rd, turn left and the course is straight ahead. 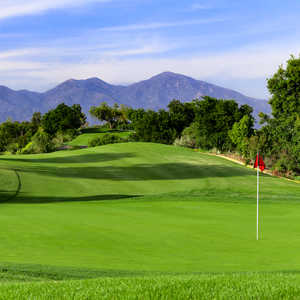 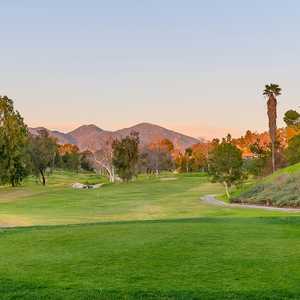