Even to aging baby boomers, television bandleader Lawrence Welk is a symbol of a bygone generation. But the Fountains Course at Welk Resorts San Diego in Escondido, built nearly five decades ago, just may represent the future of golf.

The Fountain is one of two 18-hole golf courses at the Welk Resort San Diego. The other course, the Oaks, is an 18-hole, par-3 course that is great short-game practice for all skill levels. Although the Fountain is an executive-length course, it is as formidable as most full-length golf courses. Even low handicappers will be tested by the narrow layout, which covers a variety of elevation changes that range from subtle to dramatic.

With the sport struggling to attract young players, many who consider it too time consuming, the par-61 layout can be played before or after work, not instead of it.

Opened in 1964, the Fountains has four sets of tees measuring between 3,099 and 4,024 yards, playing to a 58.9 course rating and 102 slope from the tips. Nestled in a valley in Escondido, 40 miles north of San Diego along I-15, Welk Resorts San Diego is easily accessed, and the Fountains Course is reasonably priced. Weekend tee times peak at $48 to ride, with better rates available on GolfNow.com.

"We played for $10 each including a cart, which is a lot more fun than going to a driving range," wrote GolfNow.com customer Chasmo46, of Fallbrook.

At many golf facilities, an "executive course" falls far short of its regulation-sized partner in yardage, conditioning and quality of layout. This is not the case at Welk, where the Fountains is the star attraction compared to the 1,837-yard Oaks Course, which has 18 par-3 holes, most of them tree-lined, and peaks at a weekend rate of $18 (walking).

The Fountains was one of the earliest works of David Rainville, whose resume includes more than 50 original courses, most of them in southern California. He is best known for collaborating with Billy Casper on the redesign of both courses at Torrey Pines.

The Fountains' rare combination of length and quality has made it an ideal site for more than a decade for the boys 11-12 division of the Junior World Golf Championships, an event that regularly draws players from more than 50 nations and lists Tiger Woods, Phil Mickelson, Lorena Ochoa, Ernie Els, Anthony Kim and Jason Day among its past champions.

The Fountains' six par-4 holes measure between 269 and 337 yards, presenting long hitters options off the tee. Many of the par-3 holes are challenging, with none shorter than 126 yards.

"I used every club in my bag on this course, just like the starter told me I would," wrote jamesjdlg, of Fallbrook.

The Fountains carries an average rating of 3.9 by GolfNow.com reviewers, ranking it among the best courses in Escondido including Eagle Crest (4.1) and par-54 Reidy Creek (4.4).

"Fun" is the word most often used to describe the playable Fountains. The only downside is that many want to join the fun, and the course often is crowded. Players are advised to pick their tee times wisely in order to maximize the best aspect of the Fountains -- the time spent playing.

"A very friendly course that we played a second time as we enjoyed it so much," u000005295764 wrote. "It was in excellent condition and among some lovely scenery. The golf was interesting without being overly challenging and gives all levels of golfer a good game."

Kevin Dunleavy is a longtime resident of northern Virginia, a graduate of George Mason University, an award-winning reporter covering golf, colleges, and other sports for the Washington Examiner, and a single-digit handicap still seeking his elusive first hole-in-one. Follow Kevin on Twitter at @KDunleavy. 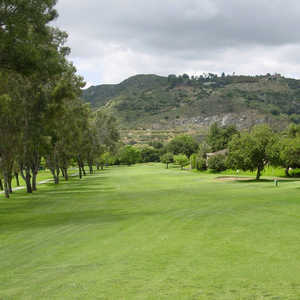 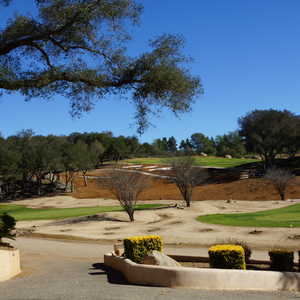 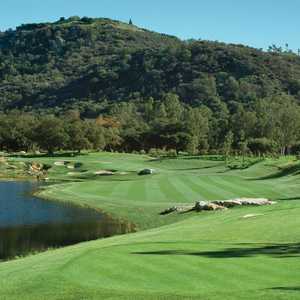