ESCONDIDO, Calif. -- If not for the blue-collar side of golf: Francis Ouimet would never have become a legend, Lee Trevino would never have won six majors, your local muni would now be a housing development and places like Castle Creek Country Club would be shunned for a dearth of collared shirts.

The 10th begins a difficult three-hole stretch to open the back nine at Castle Creek C.C.
«

Presenting a tenor of refreshing egalitarianism, Castle Creek isn't shy about its operating philosophy. Amid a national public-golf milieu that has seen myriad courses of its ilk close down, Castle Creek is about offering fun golf at a great price and unabashedly hoping the customer will stick open the wallet post-round.

"I come from a business background, so I'm coming to golf with a different perspective and totally different outlook," says LeeAnn Reiman, food and beverage director at Castle Creek. "My goal is if I can get you here ... I'd like you to spend another $10 in our bar and restaurant. And I don't care who you are."

This is the "survival era" for countless courses, and staying open means spending money where operators can afford to spend.

"Do we need work done? Of course we do," Reiman says. "But the days of spending $50,000 to redo your greens -- those days aren't there any longer. Some places can still afford to do that, but that's not my clientele. Courses are closing because of water and all kinds of costs issues, so you have to adapt."

Translation: the snack shop may not always be open, a cart girl won't be omnipresent and a pro shop guy may not be answering the phones in tick-tock fashion.

But for a solid round of golf that can be played for around $40? Desensitize and enjoy yourself.

"We're looking for a different clientele than most other courses might be looking for," Reiman says. "We're looking for a demographic that wants a $7 craft beer on the course with them. Our demographic may not exactly care that a shot is, say, exactly 160 yards. I'm looking for the guys that want to have fun. The guy that might make a 9, but just has fun and moves on. They come to have a good burger, a good beer, have a relaxing day and play at an affordable cost."

Opened in 1948 as a Jack Daray design before a later rework by Perry Dye, the Castle doesn't require much storming on a getable front, resulting in a familiar chime:

"I just shot my best nine ever," Sang Han, director of golf at Castle Creek, says he readily hears at the turn.

Come the latter side, however, players better be ready.

"With all the things in front of you, vision-wise, the back nine will try to mess with your game," Han says, smiling.

A taut run of demanding, skinny parallel holes begin the back nine (nos. 10-12), the latter two of which are both par 5s.

"Yeah, nos. 10-12, you really need to hit the ball straight, but those are three good golf holes," Han says. "People who play here often, they don't usually just grab their driver on the back-to-back par 5s of 11 and 12. Most people who don't hit the ball very far have a tendency to club-down to fairway woods or irons from those tees. Lots of strategy."

The challenges don't end after the 12th hole, either.

The 418-yard 14th sports triple trouble -- a creek in front of the box along with a hazard to the left and then the creek reappearing before green. On the penultimate hole, the mean, 223-yard, par-3 17th doesn't offer any let-up, as the bunker-protected challenge further presents the visual tests of tree-lining and creek presentation.

An entertaining play at a very good price, Castle Creek isn't going to wow with off-course amenities. Yet the course's operating philosophy of good fun, good music and promotions in the Gopher Hole Sports Bar, good food and good drink is keeping the doors open, and not just for regulars; several area folks whose one-time home courses have shuttered have now taken their groups and leagues across the moat and to the Castle. 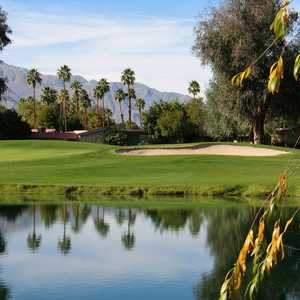 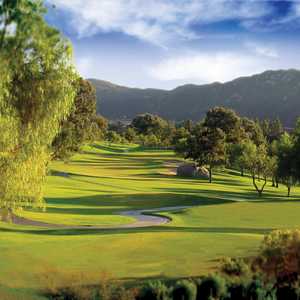