On the way to San Jose: Ridgemark Golf & Country Club's a solid play in Hollister

HOLLISTER, Calif. -- The semi-private Ridgemark Golf & Country Club has two regulation golf courses -- one that features a little more scenery and runs along the outside of the property, and another that's a little bit longer and perhaps more challenging, but not as dynamic, especially considering it runs more along the homes.

They're named for the mountain ranges that surround them -- the Diablo and Gabilan. No matter where you are on either, the mountains provide a great backdrop and help maintain terrific golf weather year-round.

Originally opened in the 1970s, Ridgemark Golf & Country Club sits on what was once an old turkey farm owned by Loren "Sonny" Paullus, who loved golf and decided to turn the old place into a golf course development.

He was originally going to call it The Ridge but later decided to honor his late son, Mark, who died in an auto accident. The original golf course opened for play on what would have been Mark's 20th birthday in August 1972.

Ridgemark got another 18 holes in 1987, as nine holes were added to parts of the original layout. In 1990, the facility was sold to its members.

These days, daily-fee play is encouraged, but there's still a loyal membership to show you around. Most visitors will opt for the more visually appealing Diablo Course at Ridgemark, which has more dramatic views and tee shots.

The par-5 seventh is arguably Diablo's signature hole, with an elevated tee shot that plays over a barranca on the left. At 595 yards, it's Diablo's No. 1-handicap hole, as well. There are plenty of other elevated tee shots, starting with the first hole.

Ridgemark's Gabilan Course is less dramatic and seems to favor golfers who like to hit the ball more right to left. At 6,721 yards from the back tees, it's more challenging than its sister course. Fairways are tighter, and the homes can come into play.

Ridgemark Golf & Country Club features a number of memorable holes with great panoramic views of the countryside. The atmosphere at Ridgemark is also extremely friendly, from the snack shop in the clubhouse to the starters to the golf shop staff. And speaking of the clubhouse, it's big, with plenty of banquet facilities, a large grill and bar, and terrific outdoor patio.

Practice facilities are also more than adaquete, especially the short-game area, and lessons are available.

For a good golf experience in a great part of the country, Ridgemark is a solid play. 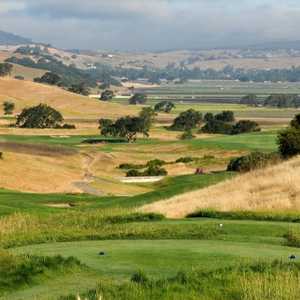 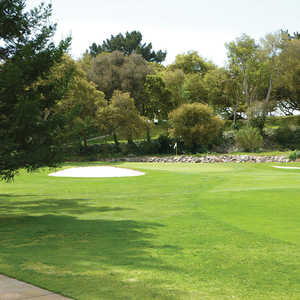 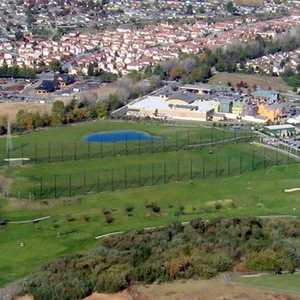