PACIFIC PALISADES, CA – Riviera Country Club just had to go and get all gussied up for her big Valentine's Day date with the PGA Tour this week. Like an aging La La land actress, Riviera couldn't just leave well enough alone – she had to get that face-lift, even if we all thought she looked just fine the way she was.

A quick glance at Riviera's medical records reveals the many changes wrought by this delicate surgical procedure:

No. 7: The humped fairway of the 408-yard par 4 is now guarded by a restored penal bunker on the left and a barranca on the right.

No. 8: The 416-yard par 4 features a return of the original split fairway configuration.

No. 13: A new tee has been lowered to the level of a re-engineered barranca.

A sampling of the Tour players earlier in the week by PGATOUR.com revealed that most favored the changes. But what many folks outside of the Tour and Southern California don't realize is that there is a good old fashioned beauty contest going on in these parts, and the winner might just get to host a U.S. Open in 2008.

Both Riviera and Torrey Pines South Course in La Jolla – site of last week's Buick Invitational – have thrown caution, and millions of dollars, to the wind in order to lure the most prestigious Major played on American soil to the land of dark shades, date palms, and 90210.

Torrey Pines South Course, which was stretched to 7,400 yards, wound up being a fabulous (darling) test of golf, but one of the Tour's shortest hitters walked away with the prize money. Jose Maria Olazábal fired a final round 65 and narrowly avoided a playoff with J.L. Lewis to win for the first time in the U.S. since the 1999 Masters.

Riviera, at 7,078 yards even after the remodel, plays no where near as long as Torrey Pines South, but is still held in the highest esteem among players, architects, and golf historians. Oh, and that face lift? It was enough to bring David Duval out of his three-event sabbatical, and enough to send Tiger packing for the familiar surroundings of Orlando.

Duval had been working on his game in Ponte Vedra, and made a quick trip to Sun Valley for some snowboarding. Woods claims to have been fighting a virus for the past few weeks, and opted out of the Nissan for the first time in his professional career to return home for some rest.

"If Tiger were here, it would be the spice in the soup," Sergio Garcia told PGATOUR.com Wednesday.

But there is plenty of golf spice (not scary spice) around Los Angeles to keep the traveling golfer entertained.

Lost Canyons (Sky Course) Simi Valley, California (805-522-4653): Pete Dye designed course (read, stock up on balls) located 45 minutes north of Los Angeles. For once, Dye didn't move much earth, because as he said, "The man upstairs is responsible for this one." Fred Couples was the player consultant on this Golf Magazine "Top Ten You Can Play" from 2001. The tips play from a ridiculous 7,200 mark that only Boom Boom should be playing from, but there are plenty of other friendlier options.

Black Gold Golf Club, Yorba Linda, California (714 961-0060): Designed by Toledo, Ohio based architect Arthur Hills and owned by the city of Yorba Linda, Black Bear opened for play in November, 2001. The course is set on rolling terrain that for many years was a working oil field owned and operated by Shell Oil Company. On a clear day, golfers can see the Santa Catalina Island out in the Pacific Ocean, some 20 miles in the distance, with the third and 12th tees providing the best vantage points on the course.

Ojai Valley Inn and Spa, Ojai, CA (805 646-5511): If you're looking for a true, old-fashioned, classic layout, with all the amenities of any top-notch destination resort, The Ojai Valley Inn is definitely worth considering. The resort is a strong haul away from Los Angeles – 75 miles north – but an over night stay is half the charm of making the trek to this Southern California classic.

Talega Golf Club, San Clemente (949 369-6226): In the last few years, Couples and Brian Curley have collaborated on the design of several acclaimed golf courses, not the least of which is Talega Golf Club in San Clemente, which opened earlier this year and is a nominee for "Best New Course of 2001" by Golf Digest.

Talega traverses the rolling coastal foothills approximately three miles east of the Pacific Ocean above San Clemente. Talega plays to 6,951 yards from the back tees with a par of 72. The property was originally intended to host two 18 holes layouts, but Couples and Curley opted for wider fairways and a more sprawling layout.

For more reviews of golf courses in and around the Nissan Open, click on to www.golfcalifornia.com. 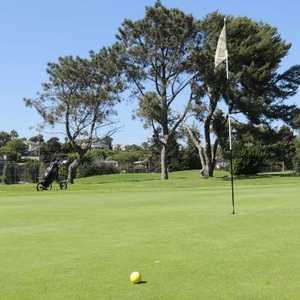 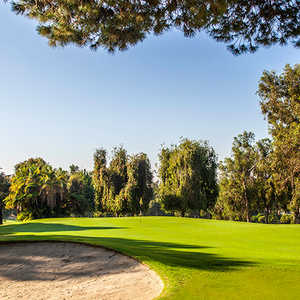 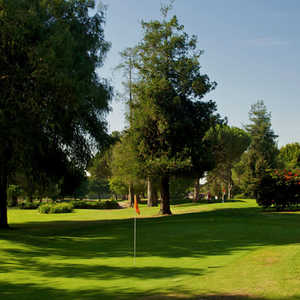