SACRAMENTO -- To steal a line from an old "Miami Vice" episode, it can be said with absolute veracity that Teal Bend Golf Club resides "out there where the busses don't run."

Teal Bend Golf Club runs alongside the Sacramento River, enjoying a lush landscape covered in natural wetlands. One of the characteristics the course is known for is its stunning scenery, which works against the challenging layout by being almost too distracting.

And that's a good thing.

To get to this 15-year-old course, you take Interstate 5 north past Sacramento's city center, transition on to an adjunct to Highway 99 and then turn left when the freeway ends. It is here you'll notice you're in the agriculture fields that constitute the heart of the Sacramento Valley.

As you proceed west a couple of miles, the control tower for Sacramento International Airport looms in the distance. A "T" in the road marks the banks of the Sacramento River; and after a left, in less than a mile, you're at Teal Bend.

This setting -- near the largest river in northern California -- does not bring the waterway into play. But its influence is very much a part of this Brad Bell design.

The name Teal Bend, no doubt, refers to a turn in the Sac where the water seems particularly emerald. It can also refer to the lush foliage on the large oak, maple, cottonwood and aspen trees that are the course's primary natural feature.

Note that in the few miles from the highway the land changed from open field to dense greenery, no doubt the benefit of a large water table and consistent summer heat that propel vegetation into a state of hyper growth.

This parcel in the middle of a large valley so close to the river has very little elevation change. Bell laid out a course that's easy to walk during which the golfer experiences interesting contrasts between short and long holes. But Bell did very little to change the thing about Teal Bend that most golfers love -- the quiet.

Yes, it is here on a Saturday afternoon you can hear the branches rustle in the breezes and the squawks from the Cooper hawks loud and clear. It is a course which one can lose oneself in the trees, because it is a very restful place.

Naturally, it's also a place where one can lose his or her golf ball in the trees. There probably were battles where only so many trees could be cleared, but then again, it is land where anything that grows here grows with remarkable pace. It seems only natural that the course, over the years, has grown tighter on some holes.

Stretched out, the golf course measures just more than 7,000 yards, but from the blue tees, it is a little short of 6,600. The respective slope ratings are 130 and 124, a testament to the fact that Bell let the trees serve as obstacles.

The bunkering registers in the minimal range, and the front of the greens are open to the fairways. There are no major blockages or carries save for water hazards (ponds) near the tees of the par-3 ninth and the par-5 17th.

That's what makes the course rather enjoyable; it's a walk-and-hit, walk-and-hit experience, one that induces first-time playing partners or old friends to have enduring conversations. Many green-to-tee transitions create a sense of leaving one experience for a new one.

The course has a large grass driving range and large practice and chipping greens. The course's lead instructor, David Carr, ranks among the region's best.

Teal Bend Golf Club's challenges center on keeping the ball out of the trees. Six of the 10 par 4s are less than 400 yards from the blue tees, but that means managing their doglegs.

"I like that you have to hit to both sides of the fairway," said Allen Staten, of Sacramento. "You have to shape the ball off the tee. And I like the accessibility. It's easy to get on, and every time I come out there, the course conditions have improved."

Early reports of the course had the greens as being less than ideal, though the day I played they were in superb shape, and with some interesting sloping, they provided plenty of intrigue.

The horizontal nature of the course means few sidehill or downhill lies. At the same time, though, some green complexes sit rather low, which makes it difficult on approach shots to see where the fairway ends and the putting surface begins. A laser range finder would be a big help.

Yet it is a course where hitting balls on the range or on the demanding par-4 seventh puts one out in peaceful pastoral setting with no bus to be heard for miles.

The area around Teal Bend is bereft of anything in terms of accommodations, but a 20-minute trip back to central Sacramento brings a plethora of options. 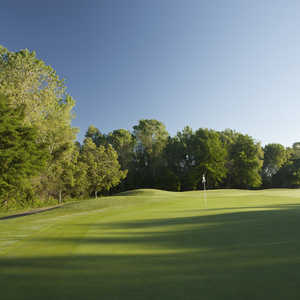 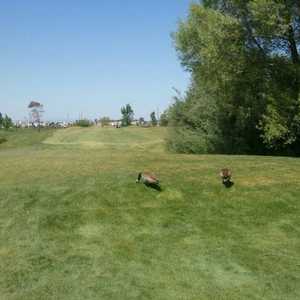 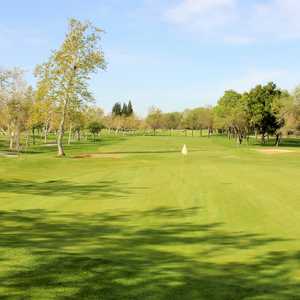