The Golf Club of California: A gentle experience among Fallbrook's avocado hillsides

FALLBROOK, Calif. -- Many daily-fee facilities talk about that "country club for a day experience," but the Golf Club of California has a real legacy in that area.

The Golf Club of California's par-3 seventh features a bunker in the middle of the green, ala Riviera.
«

The Golf Club of California

Situated just outside of Temecula, the Golf Club of California enjoys a scenic landscape provided by the rolling hills north of San Diego. Although there is an abundance of trees, the course still has many wide-open areas. The layout is not particularly long, but golfers should be prepared for a challenging round of target golf.

Opened in 2002, it spent its first years as a high-end private club. But like many such courses, it just couldn't make it under that model and had to become semi-private.

"If it was in Carlsbad or La Jolla, it probably would have killed it," said Tim Gardner, director of golf at the Golf Club of California.

Located just outside of Temecula and San Diego, in the heart of avocado country, the Golf Club of California is basically a public golf facility disguised as a private club. There's a locker room, dining facilities and a really nice, well maintained golf course with plenty of scenery.

Designed by Wade Campbell and Johnny Pott, the par-72 course -- which can play as long as 6,925 yards or as little as 5,011 yards from the shortest of five sets of tees -- also appeals to every level of golfer.

With rolling hills, elevated tees and a variety of trees, the Golf Club of California is both scenic and challenging. The course ends with a 238-yard par 3, which plays over water.

Drama plays out near clubhouse

Better yet is that guests can grab a beer on the deck overlooking the 18th hole and the course. It makes for some interesting entertainment, Gardner said.

More than a few wagers have been placed on three-putts or whether or not certain golfers would hit the green. Among players on the course, many matches are decided there as well.

It's hardly the only highlight of the course.

Perhaps the best known hole is another par 3, the seventh, which sits at the highest point of the course, affording a view of the whole valley. More than that, the green has a bunker right in the middle.

"It actually creates five very small greens around the bunker, which makes for a very small target," Gardner said.

Right before the seventh is one of the most difficult holes on the course, a 600-yard par 5 that plays uphill. Before the green is a creek. The 450-yard ninth is also strong. The approach plays over a marsh, which means a long tee shot is essential to shorten the carry.

The Golf Club of California: The verdict

Fun to play, scenic well maintained and excellent customer service: What's not to like about the Golf Club of California?

From the first to the last, golfers will enjoy well designed holes, excellent greens with plenty of white-sand bunkers, water hazards and mountain views to keep their interest.

The club also has excellent facilities that include a full-grass range, practice bunkers and large putting green right in front of the clubhouse.

And if you want to improve your game, the Golf Club of California is an excellent choice as well. Not only does the professional staff offer instruction, but the club is associated with the John Jacobs School of golf. 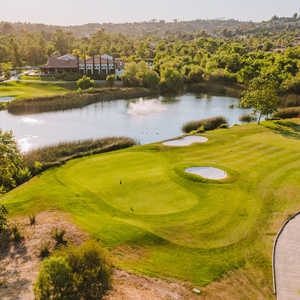 The Golf Club of California
Fallbrook, CA
Details Book from $29 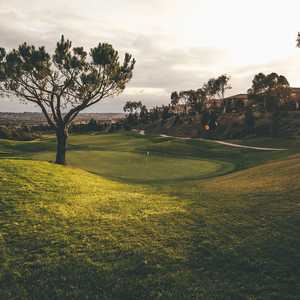