SAN DIEGO -- San Diego is, quite simply, one of the most pleasant cities in America. Great restaurants, terrific weather, swank resorts and an abundance of terrific golf courses make it a prime destination for a golf trip.

There aren't many munis that have views like Torrey Pines in La Jolla, Calif.
«

Because of the weather, there's really not a bad time to visit, although the rainy season is during the winter. Here, then, are 10 reasons to plan a golf trip to the San Diego area.

The San Diego area offers every kind of golf at every imaginable price point. From resort courses such as Barona Creek and the Park Hyatt Aviara to fantastic municipals like Torrey Pines, Balboa Park and Coronado (which is right on the water), San Diego offers tremendous variety.

There are courses with elevated tees, such as Maderas Golf Club, or hidden gems, such as the Tom Fazio-designed Rams Hill Golf Club in the high desert.

This one might seem somewhat obvious, but really, there isn't a location on earth with better golf weather than San Diego.

It rarely gets hot or cold with average highs ranging from 66 to 78 degrees Fahrenheit and lows from 49 degrees. The three wettest months are January to March, and San Diego only gets around 10 inches of rain a year (less than that in the desert), so getting rained out is rare. Y

ou can wear shorts or slacks, but rarely do you have to bundle up, and the only sweat you're likely produce will be over that five-footer on 18 to decide an eight-skin carryover.

The historic Gaslamp Quarter goes back to the mid-19th century and has been transformed into one of the most interesting city districts in the entire country.

With more than 200 restaurants, bars, nightclubs and lounges, and countless boutiques, art galleries and shops to peruse, the Gaslamp is a favorite for tourists and hip locals alike. Check out Croce's Restaurant and Jazz Bar (owned by Ingrid Croce, widow of the late, great Jim Croce), refresh your stogie supply at the Cuban Cigar Factory or stay at the luxurious boutique Keating Hotel.

Even if you don't play Torrey Pines, site of the 2008 U.S. Open and Farmers Insurance Open on the PGA Tour, you should at least drop by and see the Lodge and the two golf courses, both of which were renovated by Rees Jones.

It's not Pebble Beach, but the park and the golf courses are still pretty scenic, perched on the bluffs high above the Pacific Ocean. Stay in the Lodge, and you can really boost the experience. The Lodge can also guarantee tee times for its guests.

San Diego has dozens of them, and most of them are good, although most don't allow alcohol.

For that, you have to duck into one of the nearby restaurants or bars. Coronado Beach is one of the most famous, with excellent surf, volleyball and a dog-run-free policy.

Secluded Black's Beach, known for its nudity, supposedly banned the practice in 1999. Proceed at your own risk.

You could make this point for Arizona and Nevada, too, but In-N-Out is based in Southern California, so this is appropriate.

Most who have tried the California chain will agree that it's a cut or two above the average fast-food joint.

Ingredients are fresh, and employees care, which is why you always see a long line at the drive-through. In-N-Out is often the first stop for visitors who come to the state from a state that doesn’t have the delectable burgers.

From the Park Hyatt Aviara to La Costa Resort & Spa in Carlsbad to the day spas located throughout the San Diego area, there's no shortage of great places to get rejuvenated.

Most decent-sized cities have zoos, but there's only one world-famous San Diego Zoo, located in Balboa Park.

With more than 4,000 animals and 800 species, the San Diego Zoo is also one of the few in the world that houses the giant panda. There's also the original Sea World, where you can experience shows and exhibits that showcase marine life or take in some thrill rides.

And if the zoo isn't enough, be sure to check out Safari Park, where you can drive through for up-close experiences with African wild animals such as giraffes, lions, rhinos, elephants and zebras.

From the historic downtown areas to the ports, naval vessels, parks and missions, there's no shortage of sites to see.

You can also go whale watching, bird watching, check out the area's great parks or just take a stroll on the beach. And you can do it by trolley, boat, car or even a Segway. Tours are available year-round.

If you love baseball, you'll want to check out a San Diego Padres game if they're at home.

The Padres play at beautiful Petco Park, located in one of the most picturesque settings in the majors. Located between 7th and 10th Avenues, south of J Street, the southern side of the stadium is bordered by the San Diego Trolley tracks near the San Diego Convention Center and ocean, while the outfield is framed by downtown. Known as a pitcher's park, home runs are a rarity. 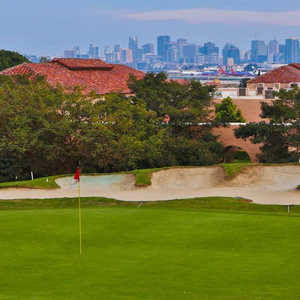 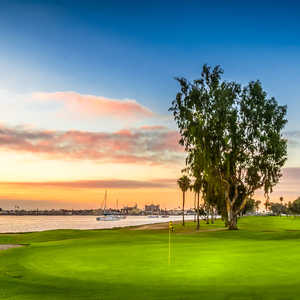 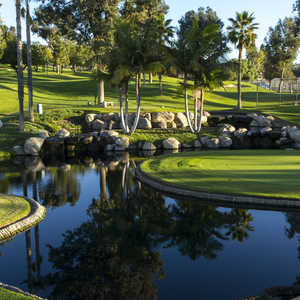