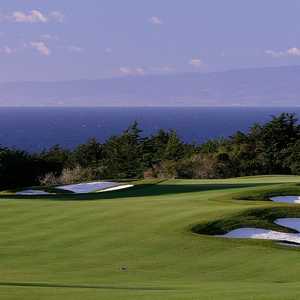 
Tee times from $35 Tee times in this area

For a variety of reasons, some of which include the challenging layouts and stunning views over the Monterey Peninsula, the Bayonet and Black Horse Golf Courses have hosted to numerous PGA legends such as Arnold Palmer and Jack Nicklaus as well as several U.S. Presidents and foreign dignitaries. Opened in 1954, the Bayonet Course is the original layout. Built by General Robert B. McClure on the site of the former Fort Ord, the course has a rich history. Its popularity eventually led to the creation of the Black Horse course. The Bayonet has a traditional design that will test your shot-making skills. It is tighter than the other golf course, but both offer the same level of difficulty. The fairways, which are lined with cypresses, oaks, and pines, require a fair amount of accuracy. Pristine white sand bunkering is also strategically placed throughout. 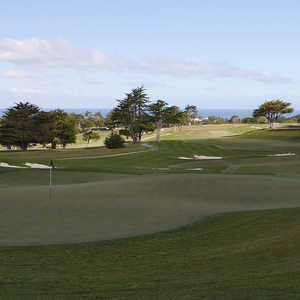