EL CAJON, Calif. -- There are so many things you would never know about Sycuan Golf Resort from just walking to the pro shop from your parking spot.

Sycuan is the only SoCal resort with 54 holes of golf.
«

Situated just outside of downtown San Diego, Singing Hills Golf Resort at Sycuan (formerly known as Sycuan Resort) offers two 18-hole championship courses as well as Pine Glen, an 18-hole, par-3 course. It may not have the same championship status as the other golf courses but its beautiful landscape is anything but run-of-the-mill.

Willow Glen is one of two 18-hole championship courses at Singing Hills Golf Resort at Sycuan (formerly known as Sycuan Resort), which also boasts an 18-hole, par-3 course. Nestled in a valley between lush hillsides, the golf courses all offer stunning mountain views. The mountains also help to block the wind, which allows for more agreeable playing conditions.

Singing Hills Golf Resort at Sycuan (formerly known as Sycan Resort) offers two 18-hole championship courses, Oak Glen and Willow Glen, as well as an 18-hole, par-3 course. The courses are tucked into a valley, surrounded by mountains and sloping hillsides that provide stunning backdrops on almost every hole.

First, this beautiful tract of land was once the Las Piedras Ranch (later known as Singing Hills Ranch), where 4,000 olive trees dotted the landscape. A vineyard and ranching also took chapters in the growth of the acreage, and an early 1900s American colonial-style "white house" is still on site serving as an administration building.

Second, the land came to life again as a 54-hole golf haven known as Singing Hills Country Club, host of the San Diego Open in 1956 won by Bob Rosburg.

Third, the land has had its share of downtime. Forty acres washed away in the winter of 1979 by a 200-foot-wide flood. The old pro shop was swept away into the Sweetwater River. Fires enveloped the area in 1972 and 2003.

Fourth, in 2001, the Sycuan Band of the Kumeyaay Nation reclaimed the land and started a new era with improvements to the golf courses and upgrades to its casino and resort hotel. Some believe these American Indians occupied this area before the pyramids in Egypt were built.

Cecil Hollingsworth and David Fleming co-designed Oak Glen and Pine Glen, and William F. Bell and William P. Bell co-designed Willow Glen. The three courses underwent upgrades in 1980 by Ted Robinson, and more retooling came in 1991 by Fleming. Sycuan is the only southern California resort with 54 holes of golf.

"I want to commend the Sycuan Band for its commitment to this property," said Clint Higgins, director of golf. "Since they acquired the courses, they have continued to give it the love and attention it needs, and worked hard to improve the property."

54 holes of golf at Sycuan

The panorama of this land that Hollingsworth first saw in 1955 was the green Dehesa Valley, the brush-covered hillsides, huge trees, rocky formations and the Sweetwater River. His vision turned into an impressive golf retreat.

Most agree Sycuan's Willow Glen Course is the one everyone wants to play. It measures 6,651 yards at par 72 and demands your attention. Large California oaks and sycamores come into play frequently -- get behind one of these, and you are looking at bogey.

"You will find yourself having to shape shots off the tee to avoid the trees," Higgins affirmed. "In February the sycamores are bare, but just imagine when they have full foliage. It can be formidable."

A good example is the second hole, a 330-yard, par-4 dogleg left that concludes with a raised green with a rock formation left and bunkers on both sides of the green. Keeping it in the fairway on the drive is a must.

The fourth hole is a paramount risk-reward, downhill par 4 of 325 yards. A huge pond is within driver reach, so you must decide how far to gamble. The approach is over the water to a bulk-headed green. GPS on the carts help track everything about your round.

Oak Glen is an up-and-back golf course with tight fairways but has plenty of interesting holes that guarantee a fun round. No. 5, a 412-yard par 4, crosses Sweetwater River and is one of the best holes in the area. Oak Glen measures 6,594 yards at par 72.

Pine Glen -- an 18-hole, par-3 layout -- measures 2,400 yards and is perfect to hone your short-game skills or play golf with your children. All the Sycuan courses are walkable.

Sycuan has also hosted the Junior World Championships since 1989. It is a major tournament for the youngsters held in San Diego every July since 1958. Local Jack Renner won the U.S. Junior Amateur here in 1973, and David Duval won it twice.

The Oak Glen hosts the Girls 13-14 Division, and the Pine Glen hosts the 9-10 Division (Boys and Girls) of the Junior World Championships every July. Two NCAA Women's Championships have been played here. Famous females to tee it up here are Lorena Ochoa and Juli Inkster.

"It is fair for a beginner, but with poa annua greens, there's always a challenge," said Higgins. "Also just look at the weather we have here in winter. You have 365 days a year to play three excellent golf courses."

Sycuan is the best "most affordable" option in the San Diego area. There are memberships and special rates for hotel guests, military and juniors, plus twilight fees.

Stay and play at Sycuan

Sycuan has numerous stay-and-play packages and spa packages. All 100 hotel rooms are large and loaded with the most modern amenities and offer beautiful views of the golf courses, 11 lighted tennis courts, two pools, hot tubs and private putting greens. A 24-hour shuttle can take you to the Sycuan Casino three miles away.

So you are snowed in back in Boston? It was 80 degrees the February days I played here, and the setting seems like the back country even though you are only 20 miles from downtown and the world-famous San Diego Zoo. Check it out along with Balboa Park which is celebrating its 100th anniversary. The Park is loaded with museums and fun things to do. 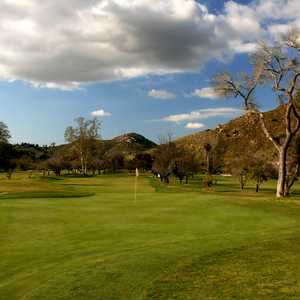 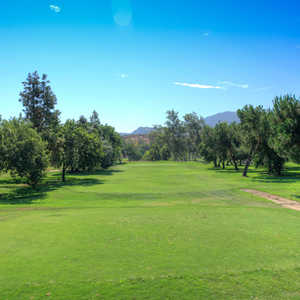 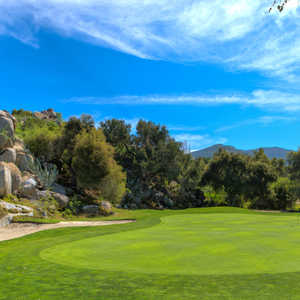