MILPITAS, Calif. -- By the fourth hole, you know where the name came from: Summitpointe Golf Club in Milpitas, about 45 miles southeast of San Francisco but only 20 or so from downtown San Jose, indeed has its high point.

The view from the fourth tee on a clear day extends to Palo Alto and Mountain View directly west across the bay and all the way through the South Bay communities of San Jose to Los Gatos.

In other words, forget golf for a minute and savor the view. Okay, that's enough. Now it's time to get back to work.

The ascent off I-680 on the east side of the Bay to Summitpointe gives one a strong clue as to what's ahead -- elevation. That means reverse camber par 4s, such as the demanding 401-yard eighth hole that turns left but the slope of the hillside falls right.

Shaping the ball off the tee helps to keep the ball in the narrow fairways. Tee shots have to cut corners or fly trees. Approach shots have to be gauged to account for elevation change, adding one, two or three clubs on uphill shots, taking one or two off the downhillers. Though the rough isn't penal, having clean lies increases the chances for better control.

As you can imagine from a golf course with blue tees that measure just over 6,300 yards, the greens are deceptive. That means control on the approach shots is essential. The sloping terrain makes it difficult to judge the putting surfaces. What appears to be uphill can be at times to be down; what looks down at other times is really side and, by all means, always know where the bay is. Everything breaks that way.

"You don't want to be behind the pin," said Tom Bates, of Santa Clara. "The front nine has more elevation, but you always want to be below the hole. The back side is more target golf. And there are two par 5s there you can make some scores on."

Summipointe starts with a short par 4 and then a 528-yard par 5 that climbs the hills in an easterly direction. The par-3 third is uphill, as well, measuring 122 yards and playing more like 135. Atop that is the par-4 fourth. Its tee is where you look and savor, but also note the reverse camber coming into play on this slight dogleg right.

A tee shot landing on the right-center of the fairway can still roll to the left rough. A shot too far right stays up in the high rough, creating a longer approach from a steep sidehill lie.

First-timers may have a more difficult time picking the right direction of tee shots on the front nine. The back nine, in contrast, is not as slopey, just tighter. Holes 11-16 play through a tight canyon bisected by a creek. The parallel fairways make for a cozy fit, and the landing areas slant towards the creek, the canyon's low point. Again, shaping the ball or playing away from the edges really helps.

As Bates pointed out, the par-5 14th and 15th holes both measure less than 500 yards, but precision is the key. The approach to the 15th, with the creek to the right and large sycamore trees, has a classic pastoral setting. The downhill 16th also lends one to a classic "through the goal posts" tee shot, 199 yards from the tee but playing a little less.

With a driving range and full-service restaurant, Summitpointe can provide the complete getaway-day golf experience. Its views of the South Bay are memorable but needed perhaps in light of the three- and four-putts that many experience on their first round.

And it's still worth it. 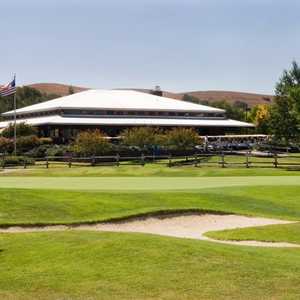 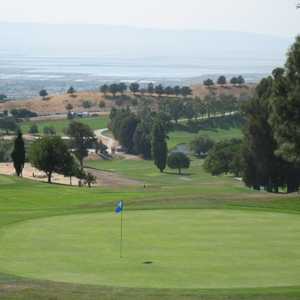 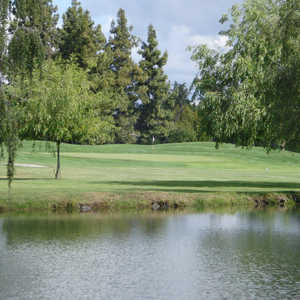