Gene Sarazen himself said Shadow Mountain gives golfer who use their brain a chance against big hitters.
«

The legendary Gene Sarazen crafted just a few handfuls of golf courses in his Hall of Fame career, but after playing Shadow Mountain, you'll wish he had designed more.

"The new modern course of this type is shorter than most but is not easier to play," Sarazen said of his architectural aims for Palm Desert's first course, opened in 1958. "It will give the golfer who uses his brain a chance against the competitor who hits with power, and I think it will be one of the sportiest and most challenging courses in the entire area."

Better than five decades later and surrounded by the Coachella Valley's celebrated wealth of golf courses long and strong, Sarazen's words maintain their relevance in modern day. Tipping out at just less than 5,400 yards with two par 5s on the par-70 card, Shadow Mountain exists as a "sporting" test of tee prudence, wedge accuracy and a polished short game.

"You have to know where to put the ball," said Michael McFarlane, managing member at Shadow Mountain Resort & Club. "You almost have to know from the tee box: Here's what club I want to use coming in."

Better than 700 seasoned palms present a classic, southern California look that carves the player toward putting surfaces with a generally surprising degree of roll, which does not represent the feel of many SoCal courses of the era.

"We're known for tight fairways and undulating greens that can be a little tough to putt," added McFarlane. "It's about being able to think out here, versus just blasting away. Our course is designed for risk-reward; it may take a few times to play it to know pins and where you should be placing your ball. Hitting the center of the green isn't always good here. You could hit the center on a red pin and putt it 12-feet by all day long."

A game course for any player looking to refine their wedge play, the serene environs at Shadow Mountain are also ideal for those who remember Sarazen in his heyday, along with beginning players finding their stride.

"It's a lovely, peaceful place that's nestled away from busy streets and with the mountains in the backdrop," said Eden De Mitry, a high-handicapper from Bermuda Dunes. "It's a low-stress course and a really good place for high-handicappers like me."

Clubbing down to a 5-through-7-iron from the box proves a prime strategy on several holes and playing to well marked yardage targets serves as a consistent course guide.

"The whole strategy for a lot of our members is to go for our 100-yard markers," McFarlane detailed. "If you're a good wedge player, you're going to score well out here."

With nary of the dozen par 4s reaching 400 yards, navigating doglegs and tree trouble usurps distance off the tee. To wit, the slight, 288-yard, par-4 third challenges with tree-lining to the left and bunkering to the right of the green that may give pause to those considering taking out driver.

"No. 6 is a big, dogleg right," McFarlane continued of the front side. "If you hit the drive well, you can kind of blast over a few trees, but you need to hit it 290 yards. But it makes it fun, and then you've got a legit sand wedge in."

The back presents a heightened test with six consecutive par 4s from the 10th through the 15th holes. Among the more overt challenges is the short, 284-yard, par-4 11th, which presents a tight fairway followed by a two-tiered green guarded by water to the right.

And newcomers shouldn't be wholly subdued by the lack of length through 16 holes. Coming home presents 862 collective yards left to play.

"A lot of people will play the 17th as a par 5 and the 18th as a par 4 in their minds. No. 17 is so hard to par, because shorter players won't be able to reach the corner and make the turn in the fairway," McFarlane concludes of the finishers. "But you can make it back on the 18th, which is a very reachable par 5."

With beautifully drawn hole-to-hole segues matching well-maintained grounds and a continually engaging layout, Shadow Mountain is a snappy, fun round that's perfect for new players and those of the 60-plus set.

Additionally, the close confines and constant demands on wedge and putter make this an excellent course for mid-to-low handicappers to enjoy a Match Play dual with pals.

The grounds offer full practice range and putting green. The "Squire's at the Club" restaurant and bar is open from November -- May, and closed on Sundays. 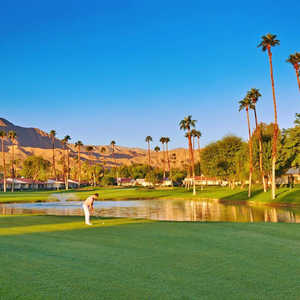 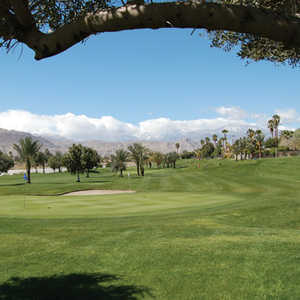