INDIAN WELLS, Calif. -- Referred to as "Beauty and the Beast," the two tracks at Indian Wells Golf Resort are indeed a dichotomy of flora and fauna. For while the Celebrity Course offers pleasing water features and splashes of color, the Players presents the teeth of beastly bunkering and barbaric distance.

The Players Course at Indian Wells Golf Resort is among the most well sculpted courses in the desert.
«

The Players Course is one of two championship courses at Indian Wells Golf Resort, both of which are ranked in the top 20 golf courses in California. Opened in 2007, the course is still young but the landscape's existing trees were carefully incorporated into the layout to give it a more mature feel. The terrain has many assets to offer a round of golf, including plenty of water features and elevation changes.

The result of a total overhaul of the former East Course by designer John Fought in 2007, Indian Wells' Players Course rolls at nearly 7,400 yards from the tips (3,917 on the front alone) and features 60 impeccably sculpted bunkers. Enjoy the sand for its aesthetic, but steer away from making the traps a material obstacle.

"The bunkers are difficult. They're deep, and they're big," said Michael Tebbetts, director of sales and marketing at Indian Wells Golf Resort. "We've had to add steps, and we have extra-long rakes. So you want to try and avoid those if you can, because there are some that are pretty brutal."

Aptly lauded among the nation's finest muni venues, the course conditions reach ambrosial standards. Really, there are few publics in the entire Coachella Valley that can boast such manicured grounds. Though just four years removed from the revamp, Fought's re-rerouting didn't involve the gutting of trees on the Players, so there is a vibe of tradition that meshes with the sense of nascence.

In the spring and summer of 2011, "Big Break Indian Wells" aired on the Golf Channel.

"Since the show debuted in May, we saw traffic on our Web site double. We saw an influx of S.E.M. (Search Engine Marketing) revenues in the area of 65-to-80 percent more than the previous year," said Tebbetts, adding that his group sales have also skyrocketed.

While the guest will let the course sing its own praises, he or she may hum a concurrent tune after seguing from the television-to-turf reality of what the Players presents. "My Fair Lady's" "Get Me to the Church on Time" might prove an apt soundtrack, by replacing one place of prayer with another. Getting to the green on time is an absolute key to success on the Players. For all the distance, bunkering, stimuli and forced carry from the back tees, the putting surfaces are mercifully benign.

"If you can get close to the pin, you're going to make some putts," Tebbetts offered.

Getting out of the gate is a bear, with the skinny and well undulating, 558-yard, par-5 No. 1. The Players allows an instant breath with a manageable par-3 second hole followed by a great birdie chance on the par-4 third before the "Beast" comes back into play. Three long par 4s totaling nearly 1,400 yards follow.

"No. 5 has a barranca all the way down the right side," Tebbetts said of the 469-yard dogleg right. "You bite off as much as you can chew. If you go down the right line -- it doesn't look like it, but it's about 20 yards right of the hole -- it's a pretty easy hole. And if you don't, you either go in the barranca or there's a lake that you can't see on the right."

After the front closes with the 626-yard, par-5 ninth that sports water along the left of the fairway and before the green, a respite is found at the turn.

"No. 10 and No. 11 are two short par 4s where you can started getting it back," said Tebbetts of the two superbly sculpted holes.

No. 15 and No. 16 are framed with aplomb against a left-side wash before a softened 18th sculpts you home.

The Players Course at Indian Wells Golf Resort: the verdict

Without question, the Players Course at Indian Wells Golf Resort is among the most well sculpted courses in the desert.

Advanced players will get all they can handle from the tips, though intermediates will find ample landing areas from the white tees. Whatever your level, grind through the immaculate grounds and know that ample scoring opportunity awaits on the typically flat greens.

"We took a lesson yesterday, and it was excellent," says Sean O. of Vancouver, British Columbia. "I've been golfing for 30 years, and it was my first lesson. Just a one-hour, but it was really good to work out my slice and just some fundamentals."

Practice facilities include driving range, chipping green and putting area. Instruction is available to players of all levels. The resort also has a grass, nine-hole putting course coupled with one of the region's most impressive clubhouses. 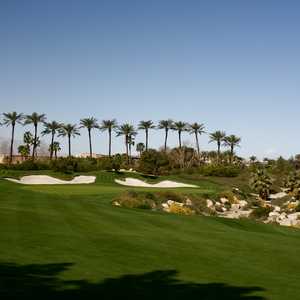 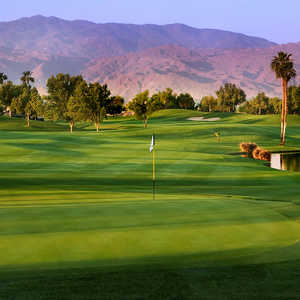 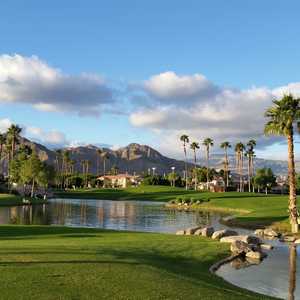