PLEASANTON, Calif. -- Callippe Preserve Golf Course in Pleasanton, about 45 miles southeast of San Francisco, stands as an anomaly in today's golf industry. It is a course planned and built by a public entity, in this case a city of 65,000 that has been ranked among America's best places to live.

At Callippe Preserve Golf Course, no homes infringe on the golf experience.
«

Over the last 20 years most courses have been with built as part of real estate developments, which usually entail unconnected holes to maximize lot exposure to the course. Callippe (kah-lip-pay) is part of a home development but none infringe on the golf experience. That means no streets to cross, no fence backyard fences as boundaries.

It took years of political wrangling to get the project approved, not the least of which was the need to annex county land that lay between Pleasanton's borders and the course site, which sits among some oak-laden hillsides south of the city's central district. In the end, the bill was $33 million that includes driving range and small clubhouse.

From the its opening in November 2005, it's been busy. From the golfer's view, however, a quick glance at the card insinuates that it's short -- less than 6,800 yards from the tips, thanks to six par 4s under 380 yards. A front-side par 3 maxes out at 140 yards, and another on the back is a steep downhill 163. Yet Golfweek has ranked Callippe among the nation's top 50 municipal courses. Golf Digest in '07 ranked it among the ten best courses to play for under $75.

There's the elevation to consider, like on the the uphill 330-yard 11th that plays much longer than the card. Also, it is a "preserve." Many of the holes are bisected or bordered by open areas or dry creek beds that serve as environmentally sensitive grounds for the Callippe butterfly, hence the course's name. These are marked with lateral hazard stakes and entry is forbidden. Drop and add a stroke.

Second, first timers walk away from the course convinced Callippe is really a French term for "four-putt." The maintenance crew has done well to maintain greens that are firm and fast and tricky. Herein lays the course's defense.

Course architect Brian Costello had limited space so he challenged golfers by emphasizing precision. The greens are well bunkered, with some traps deep enough to bury a car. Approach shots that come up short require sand play worthy of a PGA Tour pro.

Once on the green, putting can be a chore. Most of the greens are "saddled," meaning the middle is higher than the edges. Putts that transcend these ridges have to be factored for ascent, descent and side slopes. For example, on the short par-12th, a putt from the front of the green to a back-right pin -- about 60 feet -- can have as much as six feet of break. Or eight. You get the idea.

The difficulties put on the short game lead to the one criticism even the most ardent supporters of the course cannot deny: Rounds can become bogged down due to the extra time on and around the greens.

Callippe Preserve includes a 30-station driving range complete with natural grass. Individual and group lessons are available, and the course is well-known for clinics aimed at children and women.

For a municipal course that handles 60,000 rounds a year, Callippe Preserve stands out for its maintenance. The fairways are firm and fast, the rough noticeable but not punishing. The greens maintain their speed throughout the day without getting too lumpy (though this may change in that the bentgrass has been invaded by poa annua).

"The greens can be tricky," said Dan Fry of Rice Lake, Wisc., who plays the course when in the area on business. "The fairways always seem to be in good shape, so you get good roll out. And the greens can get fast. You definitely have to know when to hit the driver off the tee. But three of the par-4s, with the right wind, are driveable."

Callippe is easy to walk, though the elevation changes on the back nine can suck the energy out of your legs. On a clear day the view from the 12th tee can extend all the way to the back channel of the San Francisco Bay. 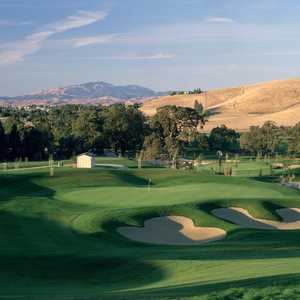 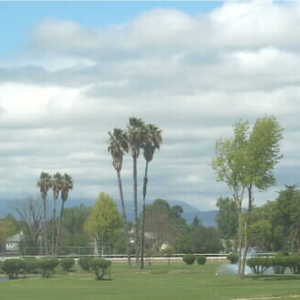 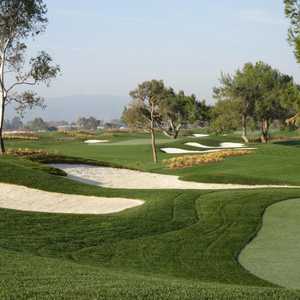