Bing Maloney in Sacramento offers both an 18-hole championship golf course an executive nine-hole course known as the Express 9, since you can play it in less than an hour. The 18-hole course has a traditional design with short par 5s and par 3s. Mature oak trees line the fairways and the sloped greens will test your short game skills.

The best thing about Bing is it doesn't try to do too much. The greater Sacramento area has plenty of new public choices for avid golfers. Some of those new options were intended to be high-end private courses that, after the economic downturn, find themselves dependent upon public play for their survival.

Bing isn't meant to compete against those. It's a 70-year-old course designed by Mac McDonough that works its way through large oak and pine trees, which serve as the separators on many holes. The 18-hole course is the central element to a 27-hole facility that includes a nine-hole Executive course, a large driving range and a first-rate pro shop.

Its rates are quite reasonable and it's the sort of course where locals find themselves hopping on at the last moment for an easy round through the trees.

I played Bing early one Sunday morning, and thus was paired with two other regulars who get on the course early and walk and enjoy.

"It's an easy course to walk, and the price is right," said Del Carter, who said he lives mere blocks away and plays Bing regularly. And there's something to that.

This very flat course measures less than 6,600 yards from the tips. It features some doglegs and some straight holes. The bunkering is rudimentary if not, on some holes, downright ugly. The trees and one pond account for most of the danger. It's a straight-forward course, and what you see is that you get. Hence the slope from the back is 121.

The greens are relatively benign with minimal slopes, which in turn can make assessing distances rather challenging. More slopes could add some depth perception on the longer approach shots. The complex sits next to Sacramento's private plane airport, and the sixth hole, a dogleg-right par 5, is dotted by large obstacles that hold the landing lights to the runway.

Bing Maloney is a course that's just fine for that late afternoon kick-around game for you and your buddies. It's a good place to try out a new swing tip, or it can be the chance to stretch the legs when getting out of the house is the chief desire.

Better yet, it is a good place to take juniors and others who are new to the game, first to the driving range and then graduate from there: Bing Maloney's nine-hole Executive course, then the big course.

To a course aficionado, Bing Maloney Golf Course might seem rather mundane or boring. It's a bomb-and-gouge course, meaning tee shots should be as long as possible, as the rough was far from penal. The doglegs were not that penal, so anywhere but under the trees left a decent shot towards the green.

If you had to find the toughest holes, I'd say the first and the 10th qualify. The former is just straight whereas the latter is a dogleg left with fairway bunkering meant to serve as guideposts. Yet I have to say that this is a course that doesn't have one memorable hole as much as the fact that you leave feeling good.

I found the place lively and well managed. The pro shop was doing well in merchandise sales, and I saw fathers and children coming to the facility. The best scene came at the end; as I was ending my course time, I came upon a sixsome -- three men and three women in their 20s -- walking to the pro shop.

Seeing young people -- wait. Check that. Seeing young couples coming to the course suggests that the golf scene in Sacramento is doing just fine. And in that demographic, Bing Maloney definitely has a place.

Bing Maloney is about 15 minutes south of the state capitol building. It's also only four miles away from Bartley Cavanaugh Golf Course, another municipal course that is part of the Capitol City golf program.

"Downtown Sac" is laden with first-rate restaurants and clubs, and, of course, there are plenty of accommodations to be had. 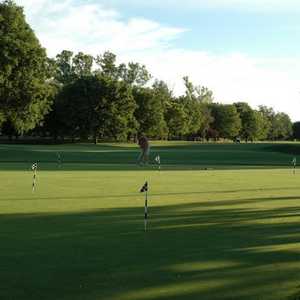 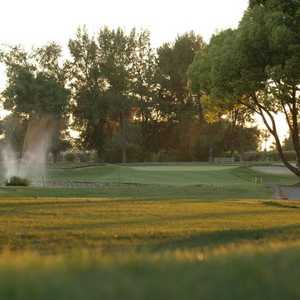