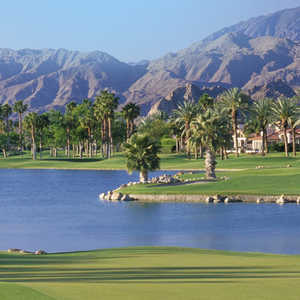 
Tee times in this area

The site of David Duval's historic final-round 59 in 1999, the Arnold Palmer Private Course at PGA West is set at the base of the picturesque Santa Rosa Mountains.

The golf course opened in 1986 as the second of five championship courses at PGA West. It has 30 acres of lakes and streams, several elevated tees and plenty of large trees dotting the rolling terrain. The finishing stretch is particularly appealing with five holes sculpted along the rugged mountains. The 15th is a little par 3 with virtually no room for error; the 16th is a short par 4 that requires players to cross a canal twice; the 17th is another beautiful short par 3; and the finishing hole is a spectacular risk-reward par 5 around a lake.