WEED, CA - Just 60 miles from the Oregon border, the awesome peak of Mount Shasta dominates the surrounding landscape in a way that defies description. It is impossible to drive by the massive peak and not wonder what forces of nature were at work here thousands of years ago or marvel at the notion that this volcano last erupted just over 200 years ago. As you drive from the border to the little town of Weed, it is just slightly unnerving to realize that the folds and peaks that rise up to 300 feet high are remnants of earth and rock that use to lie on the slopes of the 14,000 foot high mountain.

It is under the gaze of this sentinel that the holes of Lake Shastina Golf Resort were built. The peak creates the backdrop for almost every hole and no matter how many times you gaze at that volcanic mass, you are left with an odd feeling of insignificance next to one of Mother Nature's greatest forces.

Lake Shastina Golf Resort was built in 1972 by a group of investors led by native resident Fred Pillon. The area has always been a draw for fishermen, hunters, and tourists traveling Interstate 5 and Pillon looked to create a golf course that would attract both tourists and new residents. Pillon's idea was a bold one in that this was hardly golf country up here 30 years ago and the key to his dream was to get the best known name he could to design the golf course.

Pillon secured the services of Robert Trent Jones Sr., a true coup as Mr. Jones was a most sought after designer around the world at the time. The course that Jones created here on Shasta's northern flank captures the essence of the Jones style that contributed to his being labeled as one of the most influential designers in the history of golf.

During this period in Jones Sr. career, he had separated his work into Eastern and Western offices with his sons, Reese and Robert Jr. running the show. Jones Sr. would travel from coast to coast to give input and direction to his son's projects. Throughout this era, both Reese and Robert Jr. gained the valuable insight of their father and the experience necessary to eventually branch out to create their own successful practices.

Lake Shastina Golf Resort is pure Robert Trent Jones. This big golf course features wide fairways and large bunkered greens that capture the expansive feeling that Jones Sr. was renowned for. The Jones philosophy that each hole should be a difficult par but an easy bogie, drove the creation of a long course on the open landscape found here at Shastina.

In the sixties and seventies, Jones Sr. earned the moniker as the "Open Doctor" as the USGA brought him in to add teeth to numerous U.S. Open venues. From this experience, Jones drew a fondness for the tree lined grand old courses that hosted the opens, and he worked to capture that look and feel in his later designs.

Lake Shastina was laid out with four tee boxes and plays to 6,969 yards from the tips, a huge course for that era. The course was soon labeled the "magnificent monster" and soon drew travelers to the area to play the layout. The course stretches from 5,530 yards from the red tees to 6,268 yards at the white tees and up to 6,536 from the Gold Tees. The length of the course can seem like more as the afternoon breezes that sweep off of the northern slope of Shasta blow through here almost every day.

The front nine has little elevation change so the various holes use the large pine trees to add drama and challenge. Each hole is framed and each has a strategic tree left in the fairway to force the player to shape his shot or position his ball properly. Jones also blends holes that play both left and right into each nine, to test every part of a golfers game.

The fifth hole, a 342-yard long par 4, is a fine example of Jones design work. The hole is a dogleg left and two trees lurk at the edge of the dogleg to frame the shot. A healthy bunker sits on the inside line of the dogleg and if you place your tee shot well, you must avoid a large bunkers that fronts the slightly elevated green. A combination of length and accuracy must come together to play the hole as Jones wanted you to.

At the par 3 8th hole, the first of the many lakes comes into play. The hole is 152 yards from the gold tees but the shot is all carry across the lake to the green. More water awaits at nine, a par five that is as wide as a runway and is a very inviting looking golf hole. The prevailing wind will usually be at your back here, but still it will take two long shots to set up an approach shot to the elevated green that sits just above the lake. Only the bravest of golfers will consider getting home in two here.

The back nine opens with the longest hole on the course at 596 yards. Again, Jones protects the green well with a pond in front as a deterrent to reaching here in two. As you head down the back nine the view of Shasta disappears but the smaller peaks still add drama.

The190 yard, par 3 13th hole is probably the most memorable hole on this side. From an elevated tee, the green appears just behind a small pond that is thick with reeds and cattails. To the back of the green the land falls away to dry meadow that stands out against the emerald grass. This hole makes you take pause and truly soak in the surroundings.

The condition of the course is admirable for the age of the course and the restrictive budget of Lake Shastina. To control costs, the emphasis is put into the greens and they are receptive to shots and putt very true. The fairways provide gold lies but as you get out to the edges, mowing and maintenance is let go, as the cost to care for this course wall to wall would be huge.

"Robert Trent Jones Jr., who worked along with his father on this course, was here recently and commented on how he felt that this is, in may ways, one of his best courses. We are beginning a major renovation program here to upgrade Lake Shastina by adding a state of the art irrigation system and improving the overall condition of the golf course," explained PGA Head Pro Doug Marlow.

This upgrade can also be found around the clubhouse as the entire staff if friendly and makes you feel very welcome here at the northernmost championship golf course in the state. Lake Shastina also has condo rentals and golf packages available throughout the year. When you figure in the $45 greens fees, you can see that if you're ever on the long trek up Interstate 5, Lake Shastina is the place to play in the redwood empire.

Doug Saunders has covered more than 20 major championships and his unique perspectives on the game have appeared in numerous publications including Golf World, GolfWeek, Golf Course Management, Golf Course News, Golfdom, and the USGA Golf Journal. He is a member of the Golf Writers Association of America, California Golf Writers, and the Sierra Nevada Golf Course Superintendents Association. 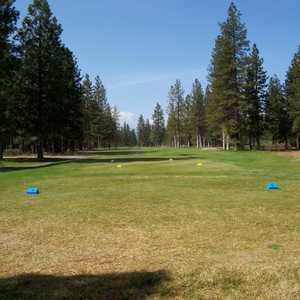 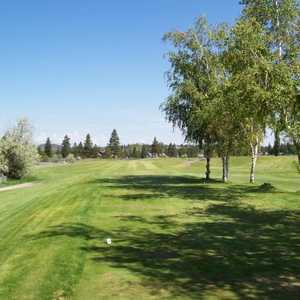 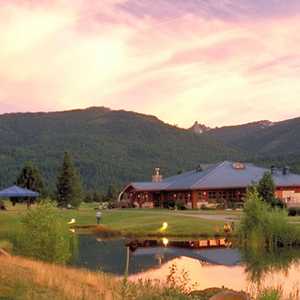