It seemed appropriate, during the season of rebirth, to unveil a golf course bursting forth from a cocoon of commonality, metamorphosed from the mediocre to the magnificent, capping a catharsis of subtle yet sublime scale.

Ahem. Perhaps you'll forgive the overwrought metaphors. After all, the golf course is named after a butterfly.

Hyperbole aside, Monarch Bay Golf Club, like that grandest of insects, has indeed been transformed from something once less than noteworthy, into a graceful beauty. Set upon land that provides winter sanctuary for the Monarch butterfly, Monarch Bay can now fly proudly amongst some of California's best public access courses.

The outlook was not always so bright here. The east Bay Area city of San Leandro originally built a nine-hole executive course on these grounds, which was expanded to eighteen holes a decade later. In 1983, an adjacent landfill was covered over, freeing up sufficient acreage to craft a championship-length course, while restoring the nine-hole course, dubbed the "Marina", to its original dimensions.

The championship layout, christened the "Tony Lema" course after the briefly brilliant local golf hero who won the 1965 British Open before succumbing to an untimely death, soon fell victim itself to the vagaries of city funding. Poor conditioning and a sour reputation amongst area golfers were the inevitable result.

"It got so bad," recalled San Leandro Golf Administrator David Sams, "that we said, 'look, we're either going to shut the place down or rework it."

With the city fathers uninterested in ponying up enough cash to do a proper job, the project was thrown open for private bidding. Enter the American Golf Corporation, who agreed to commit $8.1 million to the project. In return, they received a 20-year operating contract.

Enter too, John Harbottle. The author of nearly two dozen original designs and reworks, most located west of the Rockies, Harbottle has always tended to pay homage to the land where the game was born. This time, he'd get the chance to do something authentic.

That's because the acreage that was formerly landfill happened to offer sweeping views of the San Francisco Bay. The generally treeless, rolling landscape lent itself to the kind of unpredictable bounces for which Scottish courses are notorious. A steady wind of at least 15 mph was a daily occurrence, and typically blew much stronger. In a country where the word "links" is misused so often it can be meaningless, here was land that nearly fit the bill.

Harbottle didn't have to tinker much with the existing layout. "I liked the original design," Harbottle is quoted as saying. "Billy Bell knows how to design a golf course." Bell, original designer of the Tony Lema course, is also the author of perhaps the finest municipal facility in the country, Torrey Pines. As it happens, the similarities between those layouts are striking.

What Harbottle added to the course was about 500 yards in length, making the layout the second longest par 71 in the state. The most controversial addition to the course was deep, penal bunkering. These sandy pits, eighty-five in all, can be charitably described as high-walled nightmares. Yet, as forbidding as the bunkers are, players would rather be on the beach than lying within the shaggy grass skirts which line some of the bunker walls. You're as likely to find Hoffa's body in that deep hay as you are your golf ball.

"The fact is, most American golfers are a bunch of whiners," contends Steve, another local player. "They want bunkers you can always recover from. It's not supposed to be that way." Indeed, the concept of bunkers as hazards is forcefully reintroduced at Monarch Bay. "Bottom line is, if you get in 'em, its going to cost you a stroke. That's the way the game was designed."

The finished rework, rechristened the Tony Lema Course at Monarch Bay, is laid out in two loops, with seven tees per hole (including an unlisted junior tee) making the course playable for all. The starting and finishing holes, as well as Nine through Eleven, are routed through stands of eucalyptus and pine. As golfers cross over the Estudillo Channel, the trees disappear, and the course takes on an undeniably Scottish flair.

Should players fail to make the connection, Harbottle has tagged each hole with a Scottish appellation. Monikers like "Heich O'Fash", "Mak Siccar", and the vaguely naughty "Lang Whang" stir the imagination. In case you didn't take "Brogue 101" in high school, English translations are provided alongside the framed pictures of each hole which hang in the clubhouse.

The crowd in the clubhouse is mostly blue collar, all here to play a handsome track at a very reasonable price. Just don't call Monarch Bay a "muni" anymore. "We no longer like to think of ourselves as a 'municipal' facility," reminds interim GM Ronda Gangelhoff, "We want golfers to come here and think 'resort'."

Those words ring true from the moment you stand on the first tee. The conditioning of the reincarnate Tony Lema course, from the perfectly cut tee boxes, the smoothly flowing fairways, the defined cut of primary rough, and the top-notch putting surfaces, all say "upscale".

"Who knows how long the course will stay in this kind of shape," said Chuck, a local resident who plays the course twice a week. "We do get a lot of play out here. For now, this course is a real pleasure to play."

Fear not, Chuck. If David Sams has anything to do with it, a round at Monarch Bay will remain a pleasure long into the future. "The City Council is committed to offering the best value golf course in the country for our residents," assures Sams. "American Golf controls the non-resident rates, and if they want to attract the traveling golfer, they know they've got to keep the course in top shape."

Key Hole No. 6 Par 4 411/406/389/365/355/337 yds. HCP: 1/7
The first five holes at Monarch Bay might lull the unwary into a false sense of competence. Starting with the sixth, named Fin Me Oot (Find Me Out), the course immediately takes on a brawnier tone. This is the first hole where you first begin to notice the wind, because it is typically blowing fiercely into your face. This hole shares its secrets grudgingly. Featuring a blind, uphill tee shot, then requiring a long approach into a well protected green that runs away from the fairway, lazy play will be punished.

Card Wrecker No. 7 Par 3 244/235/207/180/152/141 yds. HCP: 7/15
If the sixth is a battle, the seventh at Monarch Bay, lyrically named Deil's Creel (Devil's Basket), is a war. Dead into the wind, the green may not be reachable even with driver from the rear tees. Luckily, laying up short of the green is probably the best way to stay out of trouble here. The deep green will accept run-ups. It is those slightly errant tee shots to the left that will doom your score. The gaping bunker found there is especially heinous, not only because of its size, but due to those penal grasses which line it's rim. Miss here and you're on the hook for double bogey.

Called Kittle Kink (Ticklish Bend), the fifteenth at Monarch Bay instantly takes its place among some of the best golf holes in Northern California. The hole has it all: challenge (another wind in your face hole which plays like a short par five most days), beauty (the tee-to-green panorama of the San Francisco skyline is postcard perfect), and with the fifteenth commences the course's toughest stretch. "It's our little version of 'Amen Corner'," remarked Gangelhoff, referring to holes 15, 16, and 17. "You're tired, the wind's up, and here are three holes that can kill you." Not literally, thankfully, but anyone who comes through that stretch at level par can certainly hold their head high in the clubhouse.

Photo OP No. 16 Par 5 598/593/556/519/461/455yds. HCP: 4/2
The ungodly length of this hole -- the appropriately named Lang Whang (Good Whack) -- is compounded by the wind. By afternoon, the gales have typically whipped up a sizable froth on the Bay, which runs parallel to the left side of the fairway. Not only will it require three shots to reach this green, it often takes three woods. The long, grudging journey to the flag is eased somewhat by the incredible vistas offered of the City skyline, Bay Bridge, and Peninsula.

Monarch Bay Golf Club provides an complete practice facility, featuring a 64-stall, double-deck, night-lit driving range and a Nike Learning Center. Future plans are in motion to make the facility even more alluring to the traveling golfer. A new clubhouse and proposed 350-room on-site hotel are on the drawing board.

Take this advice: Discover Monarch Bay Golf Club soon, before the attempt to attract the big tourist dollar gets out of hand. Catch it during the week to avoid the crowds, and for the truest experience, walk the course.

You'll find that this butterfly spreads its wings beautifully enough to please any golfer.

Location: Monarch Bay is located in San Leandro, across the street from the Marina. From I-880, take the Marina Blvd. exit and head west. From the airport, head out onto Airport Blvd., take a right onto Doolittle Dr., then another right onto Marina Blvd. Marina becomes Neptune Blvd at the Marina. The course is on your left.

San Leandro Marina Inn
(800) 786-7783
68 San Leandro Marina, San Leandro, CA
This hotel is maximally convenient for all travelers. Hourly shuttles are provided to/from Oakland International, as well as to BART. The course is a block-long stroll away from the Inn. Rooms are well-appointed (including mini-fridges and microwaves), and some include balconies which look out onto the marina. All guests are welcome to partake in the complimentary breakfast served daily.
Rates: $94-114.00/ night.
Web: www.sanleandromarinainn.com

Horatio's
(510) 351-5556
60 San Leandro Marina, San Leandro, CA
A round at Monarch Bay is not complete without a meal at Horatio's. Still a local secret because of it's setting "off-the-beaten path", Horatio's is the perfect choice for a post-round meal, located less than a block away from the Monarch Bay clubhouse. Offering nice views of the Marina, Horatio's specializes in steak and seafood. The cuisine is freshly prepared and reasonably priced. Check out the excellent selection of microbrews and California wines.
Serves: Lunch, Dinner, Sunday brunch
Credit Cards: All 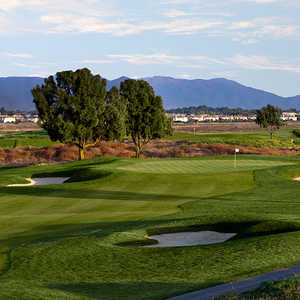 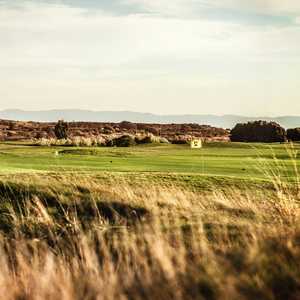