There are some golf courses that won't dazzle you with their appearance or with their difficulty. That doesn't necessarily mean that the course isn't worth playing. In fact, it is exactly this type of course that usually provides the greatest challenge and the most enjoyable round of golf. One such course is Boundary Oaks Golf Course in Walnut Creek, Calif.

The course doesn't scream out for attention, yet somehow it is always among the highest rated public courses in the East Bay area. The San Francisco Chronicle named it "The Best Course for the Price in Northern California" and readers of the Contra Costa Times voted Boundary Oak "The Best Golf Course in the Bay Area."

The course is set among the foothills of Mt. Diablo, the peak that looms, watching over most of Contra Costa County. Summers here can be exceptionally warm, with winters equally cold, but somehow the grounds crew continues to keep the golf course playable throughout the year.

And if you can manage to ignore the gunfire from the police firing range located next door, you might just be able to enjoy your stay in Walnut Creek.

Boundary Oak boasts one of the most complete practice facilities in the area, with an enormous driving range to accompany chipping and putting greens.

The teaching facilities offer instruction for golfers of all ages and ability levels, and the professional staff is extremely deep with knowledgeable golfers who have experienced a range of success, including on the PGA and Senior PGA Tours.

The golf course itself is a magnificent test of a player's ability, and from the very first tee, you are challenged to be at the top of your game, both physically and mentally.

Most every golfer experiences first tee jitters, the feeling you get when everyone is watching you as you begin your round. Boundary Oak doesn't allow for any failure on the first tee, as the opening hole (par 4, measuring 396 yards from the whites, 405 yards from the blues) calls for a tee shot over a rather menacing pond. You can't see the green from the tee box, as the fairway doglegs to the right.

A hill comes into play along the right side of the fairway, and during the summer, when the weeds are dead, you can actually use that hill to your advantage. Any shot that lands on that hill will eventually feed onto the fairway, and from there it's just a short iron into the green.

One of the most enjoyable holes on the course is the par-5 third. It isn't extremely long (483 yards from the whites, 519 yards from the blues) and its elevated tee gives a view of much of the valley in front of Mt. Diablo.

This hole is a dogleg left, with two sand traps sitting at the elbow of the dogleg. No golfer can resist swinging out of his/her shoes off the tee, as a shot that cuts off the dogleg makes this par-5 reachable in two shots.

A pond sits to the right side of the fairway, making accuracy into the green extremely important. The green itself is rather large, and a ball sitting on the putting surface doesn't necessarily lead to an automatic two-putt.

The par-4 eighth hole forces golfers to think a little on the tee box before pulling a club out of the bag. The hole lacks distance (294 yards from the whites, 335 yards from the blues) and a good tee shot could land on the green. But anyone who has any doubts whether they can hit it at least 280 yards should probably leave the lumber in the bag. A marsh lies directly between the tee and the green, with the fairway wrapping around the left side.

If you can clear the marsh, you're in great shape; but if you can't, hitting a driver or 3-wood off the tee is a dangerous proposition, as you could very well end up with a ball lost in the swamp.

Once you make the turn, you're in for another set of extremely challenging holes. The par-4 eleventh won't intimidate anyone with its distance (376 yards from the whites, 400 yards from the blues), but its layout makes you use two full shots to reach the green.

It has a ninety degree dogleg to the right, with the fairway bending along the left side of yet another pond. It doesn't do you much good to hit anything but a mid-iron off the tee, as anything more will go through the fairway.

You can try to clear the water off the tee, but the fairway isn't more than ten yards wide on the other side of the pond, so anything that lands there probably won't stay. The eleventh green is one of the larger greens on the golf course, and it changes elevation many times, making most putts on this green an adventure.

The par-5 fourteenth hole has to be considered Boundary Oak's signature hole. There's nothing visually spectacular about it, but ask anyone if they've ever played Boundary Oak and they'll reply, "Oh yeah, isn't that the course with that huge par-5 on the back?" This hole measures 548 yards from the whites and 563 yards from the blues, and more often than not, it actually plays longer than its measured distance.

Both sides of the fairway are lined with trees, so unless you put your tee shot in the middle of the short grass, reaching the green in three shots is not a guarantee. What makes it even more difficult is that it doglegs to the right, making your second shot more or less a blind shot.

Adding to your potential misery on this hole is a lightning-quick green that slopes away to the left and down a hill at least 30 feet below the putting surface. So an approach shot that misses the green to the left puts you in serious danger of triple bogey or worse.

Once you're on the green, it is absolutely imperative that you judge the speed correctly, as a shot hit too hard down the hill could end up 40 feet below the green in a gully.

Wrapping up the back nine is yet another par-5, not quite as long as number fourteen (497 yards from the whites, 514 yards from the blues), but equally challenging. This hole is an uphill dogleg left that can jump up and bite you if you're not careful. It is possible to hit your tee shot through the dogleg, but that's where the easiness ends.

Like most holes at Boundary Oak, the finishing hole is flanked on both sides by oak trees (hence the name) and other flora that can ruin your day. Your second shot is a blind shot, as the fairway rises to a crest, then slopes back down into a small gully before rising abruptly towards the green.

In other words, you just have to hit and hope that your second shot goes where you want it to, and that once you get over the hill in the middle of the fairway, you'll be able to find your ball. Hitting to an elevated green can be a tricky feat, and any shot hit too long will end up in the pro shop.

As you finish up your round, you'll be glad to leave Boundary Oak with your dignity. Every fairway is lined with trees, and the opportunity to lose a ball or two presents itself at each tee box. If you can keep your ball somewhere close to the fairway, you have a chance at Boundary Oak; if not, you had better invest in a couple dozen golf balls before you make your way to the first tee. 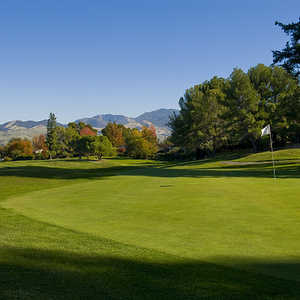 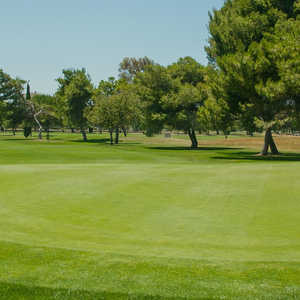 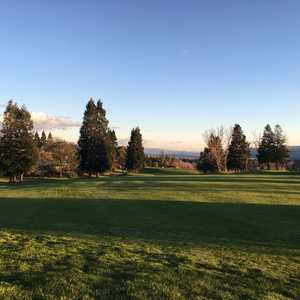