Mission Bay's No. 17 the toughest at a fun course

To anyone visiting from another area, Californians must seem like the craziest people on earth. Between the fish tacos, healthy lifestyles, and sun worshipping, Californians pride themselves on being as distinguishable as advertised.

To those who think Californians are nuts: consider Mission Bay Golf Course in San Diego to be Exhibit A.

The executive-length course is located just off of Interstate 5 in Mission Bay. To the naked eye, the only thing quirky about the course is its locale: right in the middle of beachfront property. That is, until you see the lights.

Giant lightstands dot each hole, illuminating the tees, fairways, and greens. Nothing else.

Rick Irwin, the head pro at Mission Bay, thinks the "night owls" have much more to be afraid of than the day players.

"It's much harder at night," he said. "It's all about depth perception. When you play at night, you can't really judge how far away some things are. Some trees aren't even lit, so you tend to overlook those. It's much harder."

The toughest hole at the 'Bay is the 17th hole, according to Irwin. At par 3, 131 yards, the hole seems harmless enough, maybe ever beatable. Right? Wrong.

"In terms of actual difficulty, the 17 is our toughest hole hands down," he said. "It's also our prettiest."

But there's nothing pretty about a major elevation tee and a green that Irwin describes as "an inverted bowl."

"It has a crowned center and falls back in all directions," he said. "Maybe getting to the green is easy, but getting it in is another thing all together."

How does Irwin play the hole?

"Poorly," he said. "Usually, I'll hit a nine or a wedge to get up on the green. I really have to judge at the tee depending on the wind."

Because the course is so close to the water, wind becomes an issue, especially on short holes requiring extra loft.

"Wind comes into play," Irwin said. "It's not an enormous factor, but it definitely influences club selection, especially in the late afternoon."

Don't get the wrong idea: the Mission Bay Golf Course is hardly Pebble Beach. Instead, the course caters to people who have a tough time with longer courses with an abundance of hazards.

Irwin admits that "we cater to players that are generally a little more intimidated by big, big courses." The people at Mission Bay do the best they can with their land, however, forcing tough, narrow shots on numerous holes.

The 18th hole, one which includes a lake and a long, winding fairway, is among the most picturesque holes in the city.

So, if you're a local, come revel in your city's uniqueness and play a round at 10 pm. If you're a tourist, come out to the Mission Bay Golf Course and test your hand at a fun, fun course.

Who knows? You may become one of "us."

A sophomore majoring in journalism at the University of Arizona, Ryan is the volleyball beat writer for the Arizona Daily Wildcat, the student voice of the U of A. 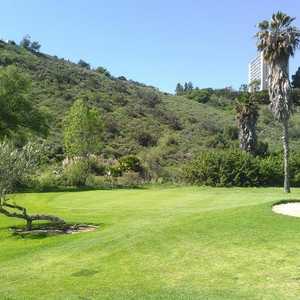 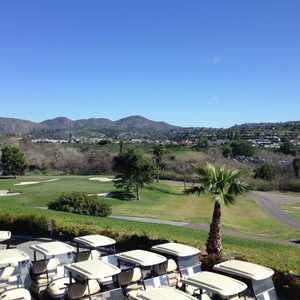