Bonita Golf Club's No. 3 indicative of a beautiful course

Nestled in San Diego's South County, Bonita Golf Club on Sweetwater Road is one of the city's best public courses, hands down. Long, lush, and challenging, Bonita is dotted with lakes, brush, and all sorts of thing that could make the average golfer break out in hives.

To those with a history of heart problems, skip the third hole.

The third hole is a par 4, 450 yard hole bordered with a fence on the left and eucalyptus trees on the right.

The course offers a narrow lane upon which to drive the ball. Bob Henson, a golf pro at Bonita, explains why people have problems with the hole.

"Some people tend to sacrifice distance by hitting with three woods," he said. "Others think they need to blast it, and, subsequently, lose accuracy."

Translation: know how to hit with your driver or plan on using a few sleeves of balls. At Bonita, a course that is long but seemingly harmless, the third hole sticks out.

The trees on the right offer a tough barrier. However, most golfers tend to overlook the fence on the left trying to avoid the trees. That's where the hole nabs them.

"Most people tense up when they get to the box," Henson said. "They see the trees and the fence and think they need to hit a perfect shot to par the hole."

He advises using a eucalyptus tree which interrupts the fairway as a target.

"Stay between the tree and the fence and you'll be ok," he said. He also suggests not trying to kill the ball, or yourself, for that matter.

"You've just got to loosen up on the hole and make sure you don't get tense out there," Henson said. "You have to use your driver, definitely. A lot of people think they can run up with a 3 wood. I think that's a bad idea."

Bonita Golf Club can be accessed from the 54 freeway or the 805 South freeway. Roughly 20 minutes from the Interstate 8, Bonita is public and affordable, a guaranteed day well spent.

Just be sure to bring some extra balls.

A sophomore majoring in journalism at the University of Arizona, Ryan is the volleyball beat writer for the Arizona Daily Wildcat, the student voice of the U of A. 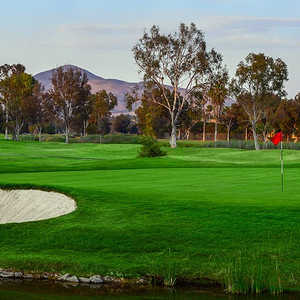 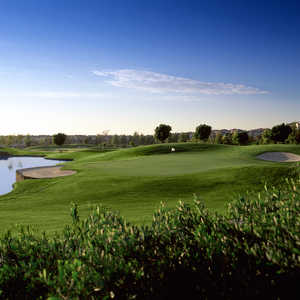