Golfers wanting a taste of Scotland -- but with a little more sunshine (no passport required) and a west coast vibe -- can find the best of both worlds at the Ritz-Carlton Half Moon Bay resort.

The Ritz-Carlton Half Moon Bay resort is an easy drive from San Francisco or Silicon Valley.
«

The stately hotel and grounds sit on a bluff overlooking the jagged cliffs and sandy beaches below, surrounded by lush, verdant grounds and a pair of top-notch golf courses.

Staying on course at the Half Moon Bay

There are two championship courses just a few steps away from the Ritz at Half Moon Bay, and while many guests and visitors may not even realize it, the tracks are public and aren't owned by the hotel.

That said, the golf course attendants work seamlessly with the hotel staff to transport clubs back and forth between the valet and the clubhouse, many guests may not even realize the golf operation is not part of the resort. Plus, the Ritz special offers include unlimited-play golf packages, which allow guests to tee it up on both courses.

While the courses originate from the same clubhouse, they do have distinct personalities.

Half Moon Bay's Old Course dates to 1973, so it's hardly ancient and will feel decidedly more American than its counterpart. But the links have hosted numerous U.S. Open qualifiers.

The Arnold Palmer and Francis Duane-designed course winds its way through parkland and neighborhoods but does afford some views of the Pacific along with cypress trees, some water hazards and lots of bunkers amid the lush green fairways. It requires more precision and target golf than its more wide-open sister course.

The payoff comes with the signature 405-yard 18th hole along the bluffs and finishing right in front of the hotel's outdoor bar area, so bring your A Game for the finale as there's almost always a crowd gathered on the lawn and most of them are facing your way to see if you'll carry the last baranca as you go for the green and putt out.

Half Moon Bay's Ocean Course opened in 1997, but it manages to evoke that Scotland feel with the open links design that incorporates the native grasses, undulations and, of course, the jagged cliffs along the left edge of the final three holes that offers some stunning views of the coastline.

No. 16 tees off from the highest point on the course. Facing downhill, it gives long hitters a chance to go for broke since it's only 403 yards from the tips, but there is a small baranca protecting the green.

Some employees call the Ocean Course's par-3 17th the best hole on the property. The wind blows left to right, but if it dies, and you play too much gust, your ball can end up bombing a sandcastle on the beach below rather than settling on the green.

While the closing three holes headline the course, the Arthur Hills-designed layout features ocean views on every hole, and the wind can come into play depending on whether you're heading out or back in to the clubhouse. The course is not only known for its panoramic views, it also has hosted the LPGA Samsung Golf Championship.

Lessons are available through Half Moon Bay Golf Links, including a short game practice area that's also open to the public to work on getting out of a steep bunker.

The hotel offers more upscale options including Navio's seafood and farm-to-table menu with views over the Ocean Terrace and out into the sea. The Conservatory focuses on a farm friendly and heavily organic menu and is open all-day. The Cork Wine Bar offers wine lovers the chance to sample different vinos and work with sommeliers to craft it to their taste. The hotel's brunch is famous, and locals drive down on weekends from the Bay Area to make their way through the line.

Ritz-Carlton Half Moon Bay: Rooms with a view

The Ritz-Carlton Half Moon Bay touts itself as the only luxury oceanfront resort in the San Francisco Bay area. There are 261 well appointed rooms, many are located in the main building and offer oceans or golf views, and first-floor rooms feature private fire pits. A number of rooms are situated in nearby two-story buildings overlooking the golf course or near the tennis courts and indoor swimming pool.

There's also a 16,000-square-foot spa for limbering up or for non-golf playing spouses to relax. A kids club and the VIK (Very Important Kid) scavenger hunt program offer activities for youngsters.

Whether you spend the day teeing it up in the sun or playing in the sand by the water, the Ritz utilizes its unique location with an unforgettable finish. As the sun goes down, the Ocean Lawn is the place to gather whether you've impeccably timed your round to finish in twilight or you've gathered up the family around communal firepits to roast marshmallows or sip Scotch beneath blankets.

And the Ritz scores with a memorable sunset tradition befitting Carnoustie as well as California, with a lone, kilted bagpiper plaintively playing for the captivated audience. 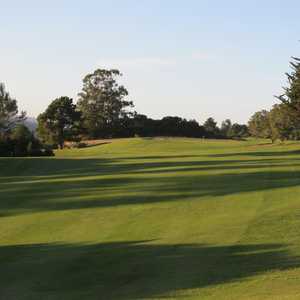 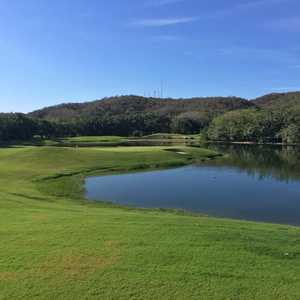