Golf in the O.C.: Seven things you should know about your trip to Orange County

ANAHEIM, Calif. -- So you're heading to the O.C., and you're planning a little golf.

There are ocean views at Orange County golf courses such as this one on no. 3 at Monarch Beach.
«

Fortunately, there are plenty of choices, but this is Orange County, California. Things move a little differently here. It has its own pace; its own vibe. Golf in the O.C. is no exception, so there are a few things you should know before you play golf around your trip to Disneyland. Here are seven:

Most of the golf courses in Orange County are scenic, some of them spectacular. But even the munis tend to feature elevated views and mountain backdrops.

Plus the weather is usually sunny in southern California, making most days good picture days. Courses such as Monarch Beach Golf Links at Dana Pointe with its ocean views or the Tuscany feel of Talega Golf Club in San Clemente offer plenty of photo opportunities, so bring a camera or at least your smart phone.

Plan for the traffic

It's not a myth: The worst traffic in the United States is in southern California, and Orange County is a big part of that.

So you want to plan your tee times accordingly. Playing on the weekend may help a little bit, but if you're not right next to the course or courses you want to play, plan your commute around rush hour. And in southern California, that's means avoid 6:30 a.m. to 9:30 a.m.

It doesn't mean you can't have an 8 a.m. tee time; just leave really early. Have breakfast at the club -- or somewhere else. It's worth it to get up a little earlier.

Golf isn't exactly inexpensive in southern California, but there are deals to be had if you do a little shopping around.

Playing during the week is almost always less expensive than playing on weekends, but even if you're on the weekend, you might be able to find some bargains online. For that, you might want to try this site or GolfNow.com, and check back often. It's called dynamic pricing, and prices can change daily. You can save 50 percent or more off of rack rates.

It's mostly target golf in the O.C., where courses are often set on the side of mountains and hills.

That means, you need to pick out the right side of the fairway and hit it. Often, at courses such as Black Gold, for example, the fairways slope away from the hillsides into protected areas. Hitting a slice on a left-right sloping fairway will usually result in the rough on the right or worse.

Hit it straight to a target, and the results will be good. If you're able to work the ball into the slopes, even better.

Miss it on the right side

Pin placements are commonly in difficult locations on greens that tend to be fairly undulated with a lot of slope. That means if a flagstick is tucked in the left back corner, you're going to want to miss it short or right or short right to get some green to worth with.

Short-sighting yourself on most of the greens in the O.C. usually means bogey or worse. Or on some courses -- such as San Juan Hills Country Club in San Juan Capistrano -- don't get above the hole.

With that said, spend a little time chipping and putting before your round; you're going to need to be sharp with your short game.

You're in the fashion-conscious O.C., so leave the cargo shorts at home.

Think Tommy Bahama, Puma, Oakley, Nike, adidas and Greg Norman. After all, even if you don't play well, you should look good, which is probably more important after the round, when you're enjoying that drink on the back deck watching everyone else come up 18.

Eat at the golf course

The eats in California can be quite good, including at the golf courses, and they're often regional. That means fish tacos, fresh fruits, great hamburgers and healthy salads, usually consumed outside on a porch overlooking the sunny countryside in perfect weather. 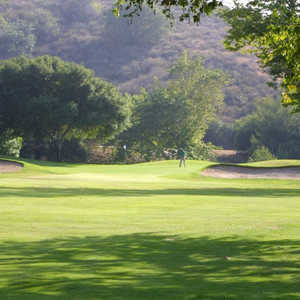 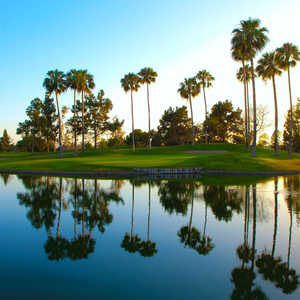 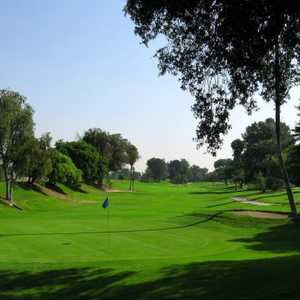