Plenty of golf and wine in 'Sideways' country

NAPA VALLEY, Calif. - "Sideways," the low-budget Fox Searchlight comedy that's a "Swingers" for the middle-aged audience, has grossed more than $50 million at the box office after its Oscar and Golden Globe nominations.

The buzz surrounding the film, which takes place in California wine country, is also making the region itself a lot of money. The popularity of Napa Valley has skyrocketed and wineries, inns and golf courses are basking in the surge.

Golfers who visit the Napa Valley for wine tasting know the area makes a vintage setting for golf. There are sunny skies seven or eight months a year, rolling hills with lots of opportunities for interesting layouts and tons of tourists who might want to chase balls as well as sip Chardonnay, Pinot, Cabernet - anything but Merlot!

Wine is the main event, but golf is a worthy cause in Napa Valley. Three top golf clubs in the valley have made improvements in the past few years to lure new players. An additional course designed by Johnny Miller, Eagle Vines, opened in June of 2004.

And, as Miles and Jack show in the movie, even the biggest (or drunkest) of connoisseurs need a break from tasting to take a few swings. Here's a rundown of Napa Valley's best golf, as well as where to eat, stay and of course, drink.

If you want to tee off among the vines themselves, stop at the semi-private Chardonnay Golf Club. What used to be a 36-hole facility is now just 27 holes after nine were removed to add to the new Eagle Vines course opened last year.

The duo of Johnny Miller and Chardonnay CEO Jack Barry designed both Eagle Vines and Chardonnay, which has hosted a slew of top-notch tournaments, including the Northern California Open Championship and the PGA Tour Qualifier.

The nine-hole courses meander through 130 acres of vineyards and wildlife preserves home to fox and coyote. The Lakes, Vineyards and Meadows make up the nines and the Lakes/Vineyards combination plays longest at 6,841 yards from the tips and has four sets of tees.

Currently the club is semi-private and plans on going private once membership is high enough. Rates are a few bucks cheaper than its newer neighbor at $80 on weekends and $55 weekdays.

Neighboring Eagle Vines has nine of Chardonnay's original holes. It's owned by a separate company but managed by the same: CCM, which owns Chardonnay. The style of course is similar to Chardonnay, especially since it has borrowed nine of its holes.

Nature and golf coexist beautifully here as cherry trees and a variety of oak dot the course. Working vineyards are also seen nearby as well as creeks and waterfalls. The course plays far longer than Chardonnay however at more than 7,200 yards from the back tees. Its permanent clubhouse is scheduled to open in May.

Weekend fees at Eagle Vines are $90 and $64 on weekdays, which includes a cart. A twilight rate of $55 is also available after 2 p.m.

An excellent way to enjoy the east side of the Napa Valley and premium golf at the same time is to play the two 18-hole courses at the Silverado Resort.

Robert Trent Jones Jr. laid out these courses - the North and the South - as his first design jobs on his own without his famous father. The courses opened way back in 1967, and now the owners of Silverado are just about finished with a $4 million renovation.

"We've improved the greenside bunkers and leveled all the tees and resodded them and installed an automated irrigation system," said Jeff Goodwin, Silverado's director of golf. "The courses are in the best shape ever."

You may remember Silverado from TV coverage of the Anheiser Busch PGA tournament back in the '70s and '80s and from the Senior Tour event played here from 1989 to 2002. When the regular PGA players were competing here, they played one round on the South, one on the North and then both final rounds on the North, the longer of the two courses.

"I enjoy both courses," Goodwin said. "Each has its own personality. The back tees on the North actually play dramatically differently from the some of the more forward tees, so it's like having three different courses out there. The North does not have as much undulation as the South."

The South is about 6,500 yards from the tips and offers many water crossings and sidehill lies. Despite its extra length, the North is a little more forgiving.

From March 1 to the end of November, in-house guests pay $150 for a round at either course.

Besides offering excellent golf, this luxury resort has an 1870s-era white-pillared mansion that serves as the center of resort operations, housing the lobby, two restaurants and several meeting rooms. In addition, the resort has the largest tennis complex in Northern California with 17 plexi-paved courts. There are also eight swimming pools and a new $7 million spa.

About two years ago the city of Napa hired CourseCo to manage the Napa Golf Course, the only public course in the valley, located in the John F. Kennedy Memorial Park near the Napa River. The city then provided the managers with more than $2 million to make improvements at the course - changes that have made substantial differences in play here.

It was always a fun course, but now it's a championship 18-hole facility that will challenge your game under great conditions at better prices than you'll find at courses in Napa or nearby Sonoma and Marin counties.

Fairways here meander over many rolling terrain and many are lined with mature trees. The mid-round holes run on the plain along the river. Water comes into play on 16 holes over the 6,704-yard, par-72 layout.

"We rebuilt the tee complexes on eight of the 18 holes," said Monty Cook, director of golf at Napa. "We added seven new bunkers and renovated eight others. We now have a total of 30 on the course. Cart paths were paved. We now overseed annually so that turf quality was improved."

Managers also had to cope with a disease that has been killing Monterey pines throughout Northern California. Some 170 mostly dead pines were removed from the course and the fairways were replanted with 400 redwoods and valley oaks. Money was also put into remodeling the clubhouse and improving the restaurant.

Designed in 1968 by Bob Baldock and by Jack Fleck, a noted architect who also laid out the Olympic Club Lake Course that has hosted four U.S. Open Championships, the course has been used to host qualifying for the U.S. Open. Four sets of tees are available. The rating/slope is 72.7/131 from the back tees. From the front tees the course plays at 5,690 yards with a rating/slope of 72.8/126.

Green fees are $31 on weekdays and $41 during the weekend or on holidays with twilight and super twilight rates also available. Napa residents get discounts.

Silverado Resort: Accommodations here are in condos and suites clustered around courtyards and swimming pools as well as lining fairways on the two golf courses. Standard and junior suites are available in addition to one-, two- or three-bedroom condos. Rates start at $225 a night. (707) 257-0200.

Blue Violet Mansion: Stay at a luxury bed and breakfast with 17 rooms in a Victorian with all the amenities including dinner if you like. The Blue Violet has won the Gold Award for the Best B&B in North America. All rooms have private baths; 14 have whirlpool spa tubs for two and 15 have fireplaces. Reservations should be made four to six weeks in advance by calling (707) 253-2583. Expect rates to be at least $200 a night from April through October. The property is in Old Town Napa at 443 Brown St.

Trubody Ranch: Enjoy the vineyards and gardens at this ranch built in 1872 by early pioneers. The Welltower room is a four-story suite with vineyard views; Clara's Cottage is an elegant cottage with its own private garden. Both rooms are furnished with antiques and have private baths, fireplaces and two-person tubs. Rates range from $165 to $275 a night. Call (707) 255-5907.

Napa Valley Lodge: This hotel has Tuscan style architecture and offers 55 luxurious guest rooms with terraces that overlook vineyards. Amenities include a pool, spa, fitness center and champagne breakfast buffet. Rates start at $230 per night; (707) 944-2468 or (800) 368-2468. The hotel is at 6488 Washington St. in Yountville.

Gone are the days when you could drive up to the back porch of a winemaker's house in the Napa Valley and buy a few bottles. Wine is big business here now and hundreds of wineries have sprung up in this world-class growing region.

Unfortunately, most wineries also now charge for tasting, but they're usually worth the fee. Some are old and many are new, but most can be found on or near the two main routes that run up and down the valley: Highway 29 and the Silverado Trail. Here's a brief sample:

Beringer Vineyards: This is the oldest continuously operating winery in the Napa Valley and is worth a stop to enjoy the history. It's located in St. Helena at 2000 Main St. Call (707) 963-4812.

Robert Mondavi Winery: Consistently voted as having the best tour in Napa Valley, this winery is world famous for its excellent wines. Mondavi is at 7801 St. Helena Highway, Oakville. Call (707) 226-1335.

Domaine Carneros by Taittinger: This sparkling wine maker is actually located in the Carneros region a bit west of Napa Valley, but seeing the view from the chateau here at the top of the hill is worth the trip. The chateau offers excellent champagne to top, or pop, it off. Complimentary tours are conducted daily but take time to sit at on the deck and survey the Carneros Valley while sipping the wine. The chateau is at 1240 Duhig Road in Napa, just off 12/121. Call (707) 257-0101.

Stag's Leap Wine Cellar: Located off the Silverado Trail, this winery is set in a valley flanked by oak-studded hills to the north and west and rocky palisades to the east. This 240-acre spread produces fabulous wine; tours are by appointment. Stag's Leap is at 5766 Silverado Trail. Call (707) 261-8611.

Niebaum Coppola Estate Winery: Francis Ford Coppola, director/producer of the "Godfather" trilogy, bought the historic Inglenook Estate in 1975 and began producing wine here. For more than a century, this property has produced some of California's greatest vintages. The winery is in Rutherford at 1991 St. Helena Highway. Call (707) 968-1100 or (800) RUBICON. 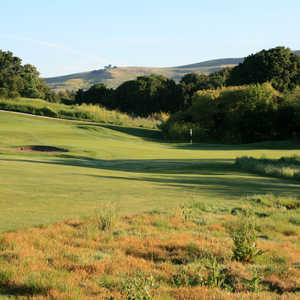 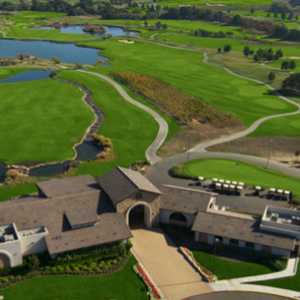 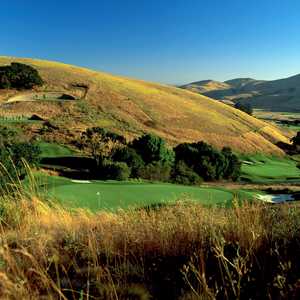