SAN LUIS OBISPO, Calif. -- An upscale public golf community near San Luis Obispo, Woodlands Golf Course, has hired Kemper Golf Management, as consultant and operations management. The initial 18 holes are set to open in the summer of 2005, but a total of 45 holes are in the planning stages.

Kemper executives say Woodlands will draw from the beauty of the coastal area with a premier golf experience. Damian Pascuzo will handle the golf course design work that will include a 1,000-acre development with 1,220 single-family, 100 multi-family residences, community building and village center with restaurants and retail shops. Located conveniently to coastal Highway 101, there will be an 11-acre natural butterfly habitat, clubhouse and driving range.

Greg Norman designed the new Vellano Country Club in Chino Hills, the first private country club to be developed west of the desert and east of Los Angeles and since the 1960s. It is set on 600 acres and touts more than 200 custom home sites. Rolling terrain highlights with sensitivity toward preserving the views and the beauty of the hills.

Vellano is Norman's third California design which includes Wente Vineyards in Livermore and the PGA West Norman Course in La Quinta. The winner of 86 tournaments world-wide, Norman instantly recognized an ideal environment for golf at Vellano. Stately oaks and stream beds will traverse the 7,200-yard layout with scenes from plateaus toward valleys and mountains in the distance. Ridges and canyons will also be in the vista. Elevation changes, forced carries over ravines and six tee options will highlight the new offering.

LPGA Hall of Famer Juli Inkster grew up across the street from the world-acclaimed Alister MacKenzie designed Pasatiempo in Santa Cruz. And throughout her storied career she has never ventured too far away. But Pasatiempo decided recently to sign her up as a touring professional representing the famous course.

Mrs. Inkster actually worked at Pasatiempo as a junior golfer and married its golf instructor, Brian Inkster. She is the winner of 29 LPGA tournaments, including two U.S. Opens and is a World Golf Hall of Famer. Pasatiempo is also celebrating its 75th anniversary this year.

Bighorn Golf Club in Palm Desert will host the LPGA's Samsung World Championship, Oct. 14 to 17. The 72-hole tournament, which has been contested on five different continents in its 23-year history, will include a field of 20 of the world's top players, including Grace Park and Se Ri Pak, and Sweden's Sophie Gustafson, who won the event at The Woodlands near Houston last year.

The Ridge Golf Course in Auburn has been selected to host The Longs Drugs Challenge LPGA tournament set for Sept. 23 to 26. Raycom Sports, operator and owner of the event, said it has reached a multi-year agreement with The Ridge. It was previously played at Twelve Bridges Golf Club in Lincoln.

Perry A. Tarsitano has been hired as Superintendent at Coyote Creek, the highly-rated 36-hole Jack Nicklaus Signature design in Morgan Hill. He will overseeing the maintenance and conditioning of The Tournament Course at Coyote Creek, former site of the Champions Tour's Siebel Classic. He previously worked as assistant superintendent at Pasadera Country Club in Monterey and as a golf service manager for Sierra Pacific Turf Supply.

Coyote Creek is the popular Silicon Valley and Bay Area layout known for its mountain views and countryside terrain. Located just off scenic Highway 101 and sculpted from the lower slopes of the Diablo Range, the par-72, Nicklaus-designed Tournament Course is a semi-private club including a state-of-the-art practice area with a driving range, chipping area and putting green and comprehensive instruction programs. The club's spacious and upscale clubhouse includes a fully-stocked pro shop, restaurant and bar that is available to host outings and weddings of all sizes. For more information log on to www.billycaspergolf.com or www.coyotecreekgolf.com.

David R. Holland is an award-winning senior writer for TravelGolf.com and author of The Colorado Golf Bible (www.coloradogolfbible.com). 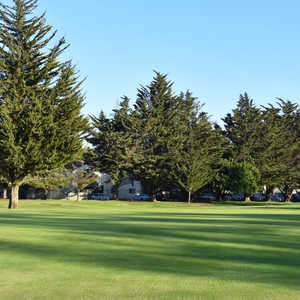 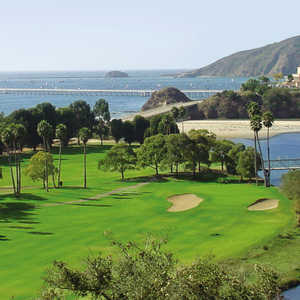 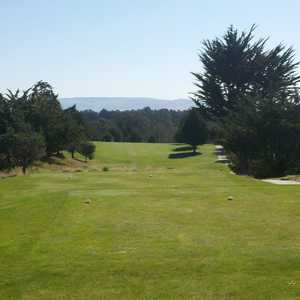