STEVINSON, Calif. -- Deep in the heart of California's fertile San Joaquin Valley is a hidden gem that's a throwback to the golden days of golf in a boondocks region that's known for being the nation's salad bowl.

Stevinson Ranch's Savannah Course is surrounded by furrowed rows of corn, wheat, barley, tomatoes and even a farm that grows West Coast Turf. On the farm-to-market roads nearby tourists heading for Yosemite National Park, less than a 100 miles east, will also see cotton and orchards.

This historic valley is bordered on the west by the coastal mountain ranges and on the east the Sierras that also possess the beauties of Kings Canyon and Sequoia National Parks. This is farm country, a place abundant with freshwater marshes, vernal pools, scrub and saltbush, grasslands and oak savannah when homesteaders started arriving back in the 1850s.

That's when George Kelley's family arrived and purchased thousands of acres of a Spanish Land Grant. "My family has been farming here for 152 years," said owner Kelley, who co-designed the 7,206-yard, par-72 award-winning course with John Harbottle III.

Kelley tinkered with a career as a professional golfer, went into commercial real estate and then gravitated to golf real estate. When a national study identified the area around Modesto and Merced as parts of California starving for more golf courses he envisioned something for his family's land.

"I was actually at an Oakland A's game one night with our mechanic when he suggested what we called the 700," Kelley remembered. "It was more specifically 1,000 acres of un-irrigated pasture with an abundance of wetlands. When I stepped onto the property thinking about golf I immediately saw the golf course we have today."

What Kelley and Harbottle wanted was an old-style track with the tradition of Scottish links. One hundred acres of wetlands were added during construction to an already 100 existing acres of marshy land. Birds flock here in such numbers that The Savannah Course became the first course in California to attain "Signature" status with Audubon International and only the sixth in the nation.

But "The Jewel of the Valley" has a full complement of excellence. The wetlands are natural hazards for golfers, blending with the natural terrain and native grasses to give the layout many risk-reward options. Sand, ponds, and thick-grass hollows guard many greens. And the layout has reminders of famous Scottish designs.

"When you are an off-the-beaten-path golf course you have to work hard to get noticed," Kelley said.

Golf Digest noticed and awarded Stevinson Ranch four and a half stars. Completed in September 1995 the course was also picked to host the 1996 and 1997 U. S. Open Qualifying and the magazine also picked it as the "Best New Upscale Public Course in California" for 1996.

Kelley says the praise comes for the overall experience -- immaculate conditioning, smooth-rolling bent greens with subtle and contoured breaks and extended tightly mowed collars, a state-of-the-art practice area, and the most courteous staff he has ever worked with.

The golfer begins the day with the longest hole on the course. "Savannah" is a three shot par 5, 612 yards, that doglegs to the right around a large waste bunker. Wind can be a factor, but the closer one plays the tee shot to the bunker, the shorter the route will be to the green.

St. Andrews might come to mind on the par-3 fourth. It's 184 yards fronted by a lake that is perpendicular to the line of your ball's flight. Better have enough club here or you will be wet and it is easy to over-club. C.B. Macdonald said the original Eden hole in Scotland was once voted the best one-shot hole in Great Britain.

No. 8, "Drive It", a 339-yard par four is another reminder of Scottish golf. Alister MacKenzie termed these style holes as "drive and pitch" holes. Watch out for the wetlands all down the right side as you must hit a diagonal target fairway with bunkers guarding left and right. The safest line is left with ample bailout left of the green. This contoured green has the best approach, however, nearer the wetlands on the right side.

"Hawk Perch" is the longest par 3 at a stringent 243 yards from the back and has water right that wraps around to the back of the hole. Two tough bunkers guard the right side, bumped up against the pond, and the bailout is short left, where an extended collar wraps around and behind the green.

"Stevinson Burn" is No. 17, a 425-yard par 4. A stream feeding to a green-side pond stretches all down the left side. The right side has a huge bunker to grab weak drives, but the putting surfaces receives shots best from the left side of the dogleg-left fairway.

End the day with "Home Cape", a strategic 545-yard par 5. A pond on the left dares you to keep it right and play it safe for a second shot lay-up behind a thin slice of native wetlands. The green is nestled back into some trees, but short and left can receive those who are skittish, wanting a bailout.

"The last four holes are as demanding as you will find," said Kelley. "If the wind is blowing you must have a complete game to tame these."

Stevinson Ranch is a true California hidden gem. It takes an effort to get here, but with the on-site cottages, it's an opportunity for a weekend getaway. It's only 110 miles from San Francisco, 48 from San Jose and 100 from Monterey. The extended collars, mowed almost as closely as the putting surfaces, give you a chance to bump-and-run or putt, just like many Scottish courses. Conditioning is superb and the greens are bragged about for their true rolls.

Stevinson Ranch's cottages aren't the Ritz-Carlton, but are homey and comfortable. After a day on the links you can relax in one of the fully furnished, private cottages with living room, kitchenette and separate bedroom. Satellite TV, queen beds, and telephones with data ports are all you need. Call (877) 752-9276 or info@stevinsonranch.com for more information.

This John Jacobs Golf School site has a practice area complete with fairway and greenside bunkers, practice greens for chipping, pitching and putting as well as slopes for uneven lie practice. It also features digital video allowing you to take home a tape of your session.

Aside from golf, visitors to this part of the San Joaquin Valley can go waterfowl hunting along 15 miles of the San Joaquin River, and also sharpen their sights with sporting clays and trap shooting. But many come here just for the nature and bird watching trails where more than 80 species of birds are found including the Great Blue Heron.

Golfers and guests enjoy meals prepared with a western flair at The SR Saloon. The combination of restaurant and pavilion offers a complete range of services including a full bar, tournament catering and receptions. 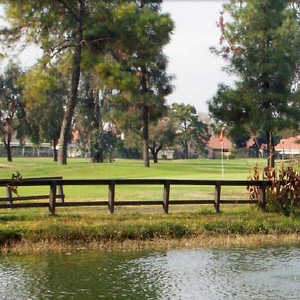 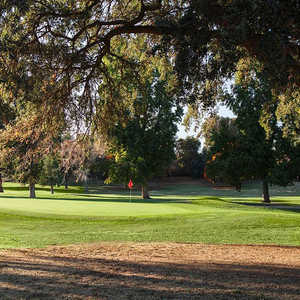 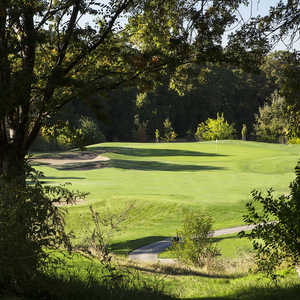