Sonoma County's Road to Hana: Sea Ranch Golf Links a whole trip of its own

Located at the end of a winding, cliff-filled California road, Sea Ranch Golf Links is a fun golf course in Sonoma County. This Robert Muir Graves design doesn't feature ocean views, and its bunkers need raking - but it's a fun course, worth the drive.

Sea Ranch Golf Links is on Sonoma County's version of the Road to Hana.
«

Sea Ranch Golf Links opened in 1974 as one of the first Scottish links-style golf courses to be built in the Western United States. The front nine stretches along the rugged North Coast, offering plenty of scenic ocean views, while the back nine moves inland, incorporating the small creeks that meander across the landscape.

SEA RANCH, Calif. - Anyone who's ever been to Maui knows about the Road to Hana. It's a legendary perilous journey on twisty, narrow, steep and climbing roads that the rental car companies expressly forbid you from driving in every rental contract. The Road to Hana is one of the great duping tourist creations of all time, considering it really is a road to nowhere.

One without a single golf course on it to boot.

Well, it's time to scrap the over-hyped crumbling road in Hawaii. There's a much better out-of-the-way dramatic drive that's not going to leave you disappointed. Or birdie-less.

It's located in Sonoma County - a wine region near much more pretentious Napa that's larger than Rhode Island. That's a lot of room for roads.

And the most distinctive of those - Highway One - will take you up to Sea Ranch Golf Links, a Robert Muir Graves design that feels like it's on the edge of the world.

This is golf's version of that "Where the Sidewalk Ends" kids book. Only, it's much more satisfying.

To get to Sea Ranch Golf Links, you basically have to drive straight up a mountain over the Pacific on a highway with one lane going in each direction and a solid yellow line most of the way. The road is anything but straight, though. It twists with more turns than a John Grisham novel, swerves more than Lindsay Lohan on a night out and just generally scares the bejesus out of anyone not used to hugging the edge of a cliff and looking over the ocean.

And why do you take it? Because you want to play golf, dammit.

You must work to play Sea Ranch Golf Links. You have to have a little hardy adventurer in you (at least as hearty as a sport where 90 percent of people ride carts gets). That's part of the charm.

Sonoma County's version of the Road to Hana pays off, though. You can already hear the ocean waves crashing in the not-so-far distance on the first tee.

Welcome to the big trip of a golf course. Store any preconceived notions in the trunk.

One of the interesting things about Sea Ranch is that its nines were built 22 years apart. Graves designed them both at the same time, but without the financing for a full 18 at first, this started out as a nine-hole course. The result is that Sea Ranch plays like it has more personalities than Cybill.

The front nine is more forgiving, while taking you as close to the Pacific Ocean as it gets from these set-back cliffs. The back nine is tighter and wilder with more forced carries and more drama.

Sea Ranch Golf Link's backside plays more like the road it takes to get here.

Neither side will invoke visions of the world's great ocean golf courses. Sea Ranch doesn't bring you right to the Pacific. Many of its best views are blocked by houses and cagey, growing sideways trees - like on No. 6, a 545-yard par 5 that must have been stunning back when Graves first envisioned it.

Truth is, these days you'll get much better ocean looks on the way up Highway One than from any of the fairways.

You still get the ocean breezes and the Pacific smell, though, and those are no small thrills themselves.

Sea Ranch's eighth hole does bring the scenery - along with no small shot challenge. The flag whips in the breeze like a sailor trying to hold on in a storm on this 182-yard par 3 with a cliff clear. This is as close as you get to the Pacific on Sea Ranch, and in the winter time - when it really will be just one man and the golf course - you can see whales out there.

Any time of the year, you'll likely see more deer than you've ever seen in your entire life. They come out in packs at Sea Ranch, fill fairways and don't seem to be in any hurry at all to mosey along at the sight - or even the swing - of golfers.

Now, that's worth a crazy drive.

Sea Ranch Golf Links is more than a little rugged around the edges. Its bunkers desperately needed raking (all of its bunkers) on this visit. The fairways get patchy and muddy after rain, too. It also looks a little ragged in sunshine. Don't show up here looking for perfect resort-course lies.

You come to Sea Ranch for the experience - for the drive, for feeling like you're on top of the world, for the often ingeniously subtle design.

When Graves starts throwing barranca bushes in your way on the back nine, closing down your openings to the green with the zeal of an airline counter person whose shift has ended, you're going to be hooked.

After No. 10 - a short, 307-yard par 4 - Sea Ranch picks up with the speed of a personal shopper who sees Paris Hilton. It's one demanding hole after the other, including No. 14 - a 547-yard par 5 that opens with a tee shot straight up and over a canyon clear and keeps climbing.

Your score may be torpedoed on Sea Ranch's closing stretch, but your appreciation will only grow.

And then you drive home to your hotel. All the way down. Only this time, there's plenty more to talk about than just the view. 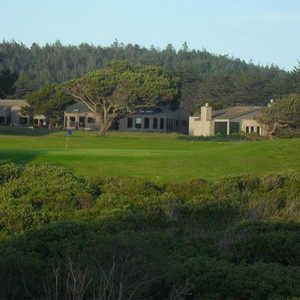 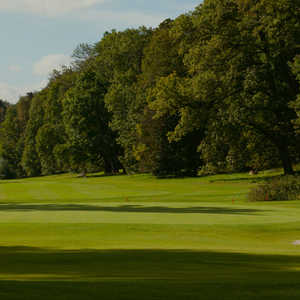 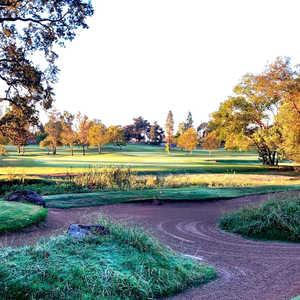