Situated adjacent to the big blue, Sandpiper Golf Club is as much a public opportunity to enjoy the Pacific vistas as it is a namely game ground that consistently puts the putter into play.

Oftentimes benign off the tee, scoring at Sandpiper will come as a result of a strong flatstick preceded by studied approaches.

"The speed of the greens, the location of the pins and where you hit the greens will really determine score," says D.J. Limardi, general manager and director of golf at Sandpiper. "The fairways are generous and you can kind of hit it all over the park a bit, and if you can get yourself on the right place on the greens you can save par."

"Being on the front edge of greens for the first couple of visits here is the way to go," he says.

Subscribers to ocean-play putting adages will want to curb axioms.

"Most players come here and automatically assume that everything breaks toward the ocean -- except for the greens on no. 10 and no. 12. That is not true at Sandpiper," Limardi says. "What you see is basically what you get; most of the greens slope from back to front and have some sever undulation."

To stare or to study?

First-time Sandpiper Golf Club visitors may actually want to ask themselves, "Am I here to take in the views or am I here to score?"

Most players, of course, will aim to do both; however, with some tricky navigation and the aforementioned necessity of green study, scorecards should become an afterthought for nascent, mid-to-high handicappers.

To wit: After playing inland for four-plus holes, the allure of Sandpiper becomes instantly apparent once reaching the fifth green and sixth tee. The ocean suddenly opens into view, and the soulful player will indeed find pause.

"When you get to the fifth green and have the vistas, looking up the coast in both directions, and you have the cliff lines and the contrasts in colors -- it's a spectacular sight," Limardi says.

Come the 394-yard, par-4 seventh, some serious steering of the ship comes into play.

"There are two ways to play no. 7, depending on the caliber of the golfer," Limardi says. "If I'm hitting my driver well, I hit it right in-between the two bunkers on the left of the fairway. If you can carry it 280, then it's a flip wedge into the green. But if I'm hitting my driver to the right that day, I won't hit it on the seventh; end up behind the eucalyptus trees over there and you're dead."

At the turn, Sandpiper finds its true majesty, with a four-hole run that counts among the most engaging in SoCal.

The taut, 390-yard 10th sports a dramatic downhill tee shot to the ocean backdrop with a tight landing area, asking for a club-down selection.

Of the intriguing 12th hole, all but the scratch player will want to club down for the blind, uphill 18th handicap.

"For the longer player from the back tee, I've hit that green multiple times with driver; the green is reachable if you're downwind," Limardi says. "But for tournament play, I'll hit a 5-iron off the tee, lay it up to 205 yards, which gives a wedge to the green. That landing area to the right of the left-hand fairway bunker is very generous."

The 532-yard, par-5 13th follows beside the bluffs and proves getable for the patient player.

"Based on the tee shot to a massive fairway, you're going to want to make sure you have your yardage down to carry the barranca. It's a thinking man's hole and you have to look at your yardages and know what your carry distance is," Limardi says. "For most players, unless you hit a perfect drive and have 220 in -- going for the green is a risky proposition; there's nowhere to miss. And for players that don't have that shot, you can also go to the left, which isn't a bad play."

"Beautiful, but also pretty simple at times," says Forrest Hammond, a high-handicap, first-time player from Culver City. "Playing next to the ocean made it worth the trip. It feels really easy-going, just like you'd think about Santa Barbara. I've heard people call it the 'Poor Man's Pebble Beach,' but it's not uppity or anything. It feels like your local course, but it happens to be next to the ocean."

With six holes along the bluffs and two holes abutting the beach, Sandpiper Golf Club is indeed worth the trip.

Low-digit players will find all they can handle from 7,159 yards, and duffers will (or should) tee it up with a mindset of appreciation for the singular setting.

Marked in measured fashion and sans GPS, newcomers will have some navigation struggles here, and it's highly suggested that newbies try to play to landing areas while also taking advantage of the course smart phone app.

A full practice facility, instruction, clubfitting and the Sandpiper Grill are all on site. 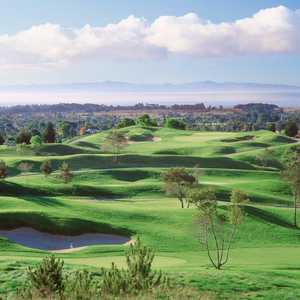 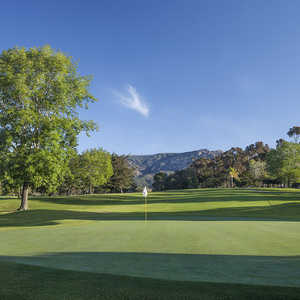 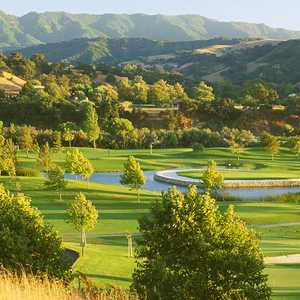