SANTA CRUZ, Calif. -- The elevated first tee at Pasatiempo Golf Club is aimed straight at the Pacific Ocean, and on a clear day golfers will be spoiled by a spectacular view of the choppy waters.

The elevated first tee at Pasatiempo Golf Club is aimed straight at the Pacific Ocean.
«

For the remainder of your round, you'll feel like you're always headed toward the beach.

Starting with the winding road that leads to Pasatiempo's pro shop, the sand traps are the most eye-catching element of this 6,521-yard track, the work of world-renowned course architect Alister MacKenzie.

MacKenzie has design credits at dozens of golf courses, including a few that you might've heard of (Augusta National, anyone?), but he spent the final four years of his life in a home that backs onto sixth fairway at this one. How's that for an endorsement of Pasatiempo, which opened in 1929?

MacKenzie is best known for collaborating with Bobby Jones on the layout at Augusta National. Many of his other masterpieces are also off-limits to the public, including Royal Melbourne in Australia and Cypress Point, the posh private course located about an hour south of Santa Cruz on the same stretch of paradise as Pebble Beach.

Pasatiempo has its own proud and deep-pocketed members, but they share the semi-private track with the green-fee brigade.

The regulars will point out MacKenzie's retirement home, now marked by a plaque on the cart path.

They'll tell you about his favorite holes -- No. 11 and No. 16 reportedly top the list -- and boast that he wrote in his memoirs that Pasatiempo's back nine is "the best I have ever built or seen."

They'll remind you that not long after the Tiger Woods-proofing of his layout at Augusta, Tom Doak and Jim Urbina were hired to take Pasatiempo in the opposite direction -- restoring MacKenzie's original work in an extensive renovation project completed in 2007.

"I was looking at some old photographs I had, and they did such a great job. And that's what they did -- they just looked at all the old photographs they could find of the original MacKenzie design and returned it," Hoyt said. "We've had many people comment that this is as good as it gets relative to being able to reconstruct a MacKenzie design. And his vision? It's just unbelievable what he was able to do."

Even in the era of oversized drivers, MacKenzie's setup still offers a stern challenge. With at least a couple of sand traps -- and usually more -- on each hole, you might need to sharpen your wedges after the round.

Seven-time major winner and Santa Cruz native Juli Inkster cut her teeth at the time-tested track, once saying, "If you can play Pasatiempo, you can play anywhere."

Every year, the top post-secondary swingers test their mettle at the course during the Western Intercollegiate, an event that counts Mark O'Meara, Peter Jacobsen and Johnny Miller among its past champions.

"It's a very strategic golf course. You really have to think your way around the golf course and there isn't a shot that can't get away from you," said John Kennaday, coach of Western Intercollegiate host San Jose State. "You're going to have to pay very close attention for four hours, and you're going to hit every shot in the book.

"It doesn't matter how far you hit the ball, you're going to need a lot of heart and a lot of courage to play this golf course well. And that's an amazing design feature."

A bit south of Santa Cruz, golfers will empty their wallets for the opportunity to tee it up at Pebble Beach.

If you're shopping for a historic round at half the price or can afford to add another marquee layout to your itinerary, Pasatiempo certainly fits the bill.

A testament to MacKenzie's work, Pasatiempo has been a fixture in rankings of America's top courses, usually trailing only Pebble Beach and Spyglass Hill among California's public-access offerings. Pasatiempo is both a fascinating study for course-design geeks and a worthy challenge for those who could frankly care less.

Pasatiempo's driving range is no thing of beauty, but you'll be able to take some swings before you start counting your strokes. There is also a practice putting area.

Wes Gilbertson covers the NHL’s Calgary Flames and writes golf features for Postmedia in Calgary, Alta. When the snow melts, he's living proof that thin mountain air doesn't turn everybody into a long-drive specialist. Follow Wes on Twitter at @WesGilbertson. 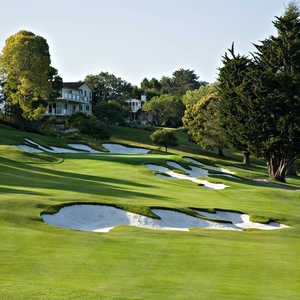 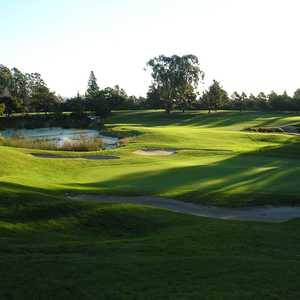 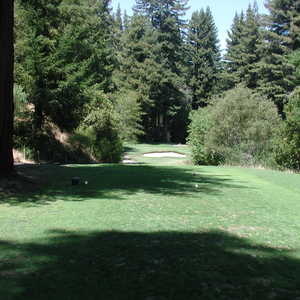