SANTA ROSA, Calif. -- The setting alone surrounding Oakmont Golf Club is worth the modest green fees. It's set out a ways, with hills and mountains in the background, peaceful streams and ponds with a variety of trees shadowing the fairways. Both courses at Oakmont are a nice stroll in the park.

Valley of the Moon Golf Club

Neither course is a true championship test, but Oakmont's West Course comes closest. Designed by Ted Robinson, it plays just more than 6,300 yards.

The West Course's greens on the front nine are on the small side, so if you can manage to hit them, you'll almost always have a reasonable birdie putt.

The back nine has larger greens and is a little longer, which means slightly longer approach shots, but it's more than manageable.

The trick is to keep it out of the water and massive trees. The second hole brings both elements into play right off the tee.

While 403 yards might not seem overly long, this dogleg-right par 4 plays over a lake and around several large trees. A large oak tree also guards the left side of the green. Play in the morning, when there's absolutely no roll, and it's one of the hardest holes on the course.

Where you can score are on the par 5s. The first two on the front, for example, play well less than 500 yards, so long hitters can probably come in with an iron if they can avoid the water hazards off the tee.

The golf course also has a nice little finishing stretch. The 16th is a short par 3 with water, the 17th is a tricky par 4 with a lake in the middle of the fairway and the 400-yard 18th plays uphill over a lake to well guarded bunkers.

For those looking for a more casual round, Oakmont's East Course is perfect. It's a par 63 and perhaps one of Northern California’s most challenging executive courses, although it was designed for seniors and beginners.

With its large greens, 45 bunkers, heritage oak trees, water hazards and scenic views of Annadel State Park Forest, the course offers quite a lot despite its modest length of around 4,200 yards.

The East Course has nine par 3s and nine par 4s. The longest hole on the course -- and most difficult -- is the par-4 10th. With Hood Mountain in the background, Oak trees surround the tee, which is fronted by a lake.

Neither course at Oakmont G.C. is a true championship test, but for most players, even single digit handicaps, there's plenty of challenge. Multiple sets of tees also make both courses playable for all levels.

Conditioning is also generally pretty good, especially on the greens, which can run 10 or 11 on the Stimpmeter, plenty fast for most people's putting prowess.

The nice part is both golf courses are enjoyable for all players. The beauty of the East Course is that if you're looking for a quick round -- and you want to walk it -- you can play the East in well under three hours (both courses are walker friendly). And while it's shorter, there are a great variety of shots, especially if you try to force your way around. And it really does provide a decent test for better players.

Both Oakmont courses are also supported by a large clubhouse with banquet facilities, a practice range and practice greens. 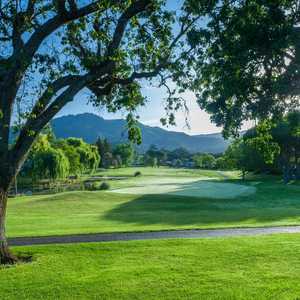 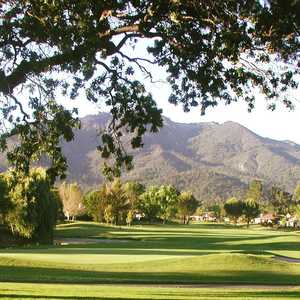 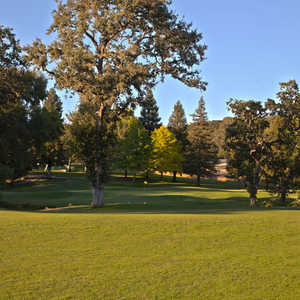