Morgan Creek Golf Club in Roseville: A heathland course in the Sacramento Valley

ROSEVILLE, Calif. -- As you move northeast through the Sacramento Valley the topography changes from mirror-flat farmland and groves into rolling hills marked by towering oaks. Come summer, after the rain has disappeared for months, the landscape turns yellow-brown and contrasts indelibly against the deep olive canopies of the oaks.

For a golf architect, it is resplendent land with which to work. For Kyle Phillips, the acreage that came to be known as Morgan Creek Golf Club represented a chance to pursue his passion, creating a "heathland" course in the Sacramento Valley.

Phillips served as a course architect in the Robert Trent Jones II design firm before breaking out on his own in the 1990s. Phillips made a splash immediately with several courses, chief among them Kingsbarns near St. Andrews, Scotland.

Having talked with Kyle many times, I know his love for the heathland courses, with Sunningdale being his favorite. In 2003, he designed a darn good homage called The Grove in Watford, England, which takes its name from the large luxury hotel on the grounds.

In the same year, another Phillips design opened in Roseville, 15 miles northeast of Sacramento, to give California golfers a taste of heathland golf.

Astute golfers know that "heathland" means not just firm ground but also large trees and natural grasses. The last two features contrast with the links courses whose dunes and hollows still must play through seaside winds.

The most famous heathland courses in the world reside in the Sandbelt region southwest of Melbourne, Australia. But the famous designers of the 1920s, such as Alister MacKenzie, gained a lot from Sunningdale and transported the ideas around the world. And that's where Phillips' design love lays.

The first nine plays through a fairly flat plain with large trees and Morgan Creek guarding the left side of the first three holes. Then it swings north towards open land with commanding oaks providing obstacles, shade and natural beauty.

On this plateau, Phillips shapes holes to reduce the pull-and-fire nature of American golf. The end of the par-5 third turns left, but the green is canted right. That means it's almost better to lay further back to have a straight-on approach.

Better yet, a brave second-shot after a long drive means carrying trees and bushes on the left side, but so doing means a shot in line with the way the green lies. The par-5 sixth does the opposite, requiring a second or third shot to be played well right to let the slopes deliver the ball towards the target. Deep cross bunkers on the left block the view and path to the green.

There are holes at Morgan Creek Golf Club that can induce some steam between the ears. The par-4 11th requires a long right-to-left tee shot but not one too long that can run into a creek. The approach off a rolling lie heads toward a "crowned" green, meaning its higher in the middle than on the front or back. Three- and four-putts can be an issue there, yes.

The par 4s at 17 and 18 are all about placement, but by this time, the good golfer recognizes that Phillips wants golfers to assess how to play the hole prior to putting the tee in the ground. Safe bail-outs, like on the right side of the 17th fairway, mean no view of the green, requiring a blind approach over a large uprising.

The 18th has a deceptive look, but a strong fairway wood in the middle fairway can bring a mid- to short-iron approach to a small green. It's the trait found in many of the great heathland courses; it's not about power as much as placement. For that, Morgan Creek is a treat.

Morgan Creek Golf Club had been intended to be a private club but is now open to the public and operates under new management.

For a golf facility meant to serve as the centerpiece of a large residential development, it is essentially a "core" course with minimal intrusion from houses. It is a nice walk and the best way to enjoy the experience (a high compliment in my book).

When it first opened, however, Phillips' layout included patches of wild grasses as boundaries and hazards, which frustrated less-skilled golfers. The grasses have been reduced, and now it's an enjoyable and fair, yet challenging, course.

"I love playing here, and I play all over," said Thomas Town, of Roseville. "It's always in good shape, and the staff is very nice."

Morgan Creek lies about 25 minutes by freeway from downtown Sacramento in the region's largest suburb, Roseville (pop. 118,000). It's an easy drive from Sacramento, but if closer accommodations are needed, Roseville has plenty of restaurants and hotels. 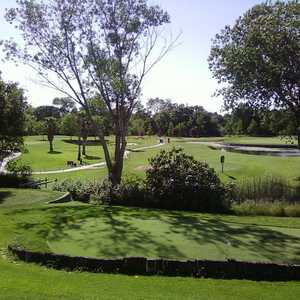 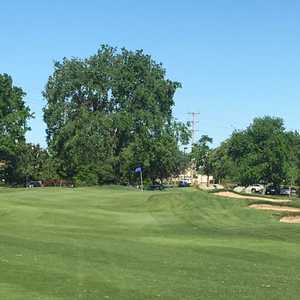