The tee shot on the second hole at Industry Hills Golf Club's Eisenhower Course will be remembered for many years.
«

CITY OF INDUSTRY, Calif. - For golfers, big cities like Los Angeles can be intimidating. One pictures over-priced green fees and overbooked tee times. This is why, after all, private clubs flourish in big cities: They allow you to get away from the rat race and golf in peace.

Unbeknownst to many L.A. golfers, however, one of the best public golf courses in Southern California lies just minutes from downtown: the Eisenhower Course at Industry Hills Golf Club. This gem opened in 1979, and was recently re-opened after an extensive, multi-million dollar renovation. "Ike's" sister course, the Babe D. Zaharias Course ("Babe") also recently re-opened having undergone a similar facelift.

And even more important, you can take a stab at taming this beast for as little as $62.

"We wanted to fight the stereotype of difficulty," says Michael Swyney, sales manager of Pacific Palms Conference Resort, on whose grounds the golf courses are laid out. "We wanted to make the courses playable and enjoyable, and keep rates down."

To this end, the overhaul of the Ike included the complete re-building of six greens to make them fairer. It would appear that the changes are working.

Ralph Cripps, of Ft. Lauderdale, Fla., who was playing the course during our visit, commented, "It looks a lot harder than it is. As we were driving out to our hole [for a shotgun start], it looked like we were going to lose a ton of balls."

In fact, losing balls is not the main impediment to scoring here. There is the occasional OB fence, and the occasional pond, but wayward shots can generally be found. More testing is the overall topography, which is tumbling, turning, heaving and falling.

You see, Industry Hills was built on a landfill that the locals once called "Cardboard Hill." From this inauspicious site, course architect Billy Bell, Jr. sculpted a hilltop masterpiece that not only takes players on a sort of golf Magic Mountain, but also offers up one spectacular vista after another out over the cities of Covina and West Covina and beyond into the spectacular San Gabriel Mountains.

You're barely warmed up when you get a taste - heck, a full mouthful - of the elevation changes and views in store for the rest of the round. The 386-yard 2nd is the hole that everyone will be talking about. The fairway is little more than a speck of a landing area some 70 feet below the tee boxes, and is bordered on the left by a pond. Just over said pond hides the treacherous green. Going for the green from the tee is sheer madness, so a well-controlled driver or fairway wood is recommended to try to land the ball in the short grass. Then comes a delicate pitch over the water to the green. More than one perfect drive has been followed by a chunked wedge into the drink.

Holes 6 (496 yards, par 4), 7 (465 yards, par 4), and 8 (516 yards, par 5) constitute one brutal stretch of golf. At the 6th, OB left punishes hooks, and a steep hill right, slices. Bogey is a good score here. At the 7th, more OB awaits on the left, and it will eat up anyone trying to cut the dogleg left. The first time you play it, you cannot tell where to aim from the tee (HINT: Stay right!). Both of these holes end at wonderful greens tucked into groves of mature trees. The foliage adds so much to all the holes here, especially the 8th, and benefits from generous watering.

The back nine boasts equally memorable holes, including the 461-yard, par-4 12th, which plays uphill and into the wind. This is a legitimate "all-you-can-hit two-shotter." The 163-yard 15th is a postcard-perfect short hole downhill over water. The wide, shallow green is guarded by a waterfall on the right, so club selection is critical. Finally, the 652-yard closing hole will test anyone's mettle.

The verdict on the Eisenhower Course

Pacific Palms Conference Resort hosts hundreds of corporate events every year, so the course gets lots of scramble and outing play. On the day we visited, a group of Genie construction equipment company executives had taken over the course. The sentiments of everyone we talked to are fairly represented by Bob Wilking, of Kingwood, Texas: "We like it a lot."

There are a lot of blind shots here, thanks to the rolling topography, so first-time visitors will find some surprises just over some of the hills obscuring the landing areas from the tees. (The 409-yard 16th is one such odd driving hole, and the green at the 462-yard, par-4 14th is blind from the fairway.)

All in all, the Ike has got to be one of the best-kept secrets in all of Los Angeles golf. It has challenges, views, elevation changes, and service comparable to the best high-end or private courses in the city.

The course renovation included the construction of a short game practice area with a sprawling putting green, several bunkers, chipping areas, and contouring that allows you to practice every sort of shot you can imagine. Groundbreaking on the new clubhouse will begin soon. The double-decker practice tee is located just a few steps out the front door of the resort. When the clubhouse is complete, the facilities will be second to none.

Pacific Palms Conference Resort has undergone a 7-year, $41-million dollar renovation, the last stage of which was the golf courses. The resort, which is a bit of a cross between a conference center and a true resort, now boasts a hilltop pool and sauna, a turf putting course, two restaurants, a wireless-enabled cocktail bar, 292 newly furnished and upgraded rooms, and a full-service spa that will be opening later in 2007. Rooms begin at $129 per night. Stay and play packages begin at $195/night.

Cima is the resort's fine-dining restaurant, and although the space isn't exactly cozy - it's set up to accommodate convention groups - the view from the floor-length windows out over the San Gabriel Mountains is breathtaking. On Friday and Saturday evenings, Cima offers an East Meets West Seafood Buffet, which is famous among local gourmands for its eclectic, unique offerings. St. Andrews Station, next to the temporary pro shop, is great for pub and pool fare, and also has al fresco dining with views of the mountains. Elements Bar & Grill will also be opening in 2007. If you want to explore off property, a number of authentic, inexpensive Philippine, Chinese, and Mexican restaurants are minutes away.

The LPGA is considering The Dwight D. Eisenhower Course at Pacific Palms Conference Resort as the venue for an L.A.-area tour stop.

Kiel Christianson has lived, worked, traveled and golfed extensively on three continents. As senior writer and equipment editor for WorldGolf.com, he has reviewed courses, resorts, and golf academies from California to Ireland, including his home course, Lake of the Woods G.C. in Mahomet, Illinois. Read his golf blog here. 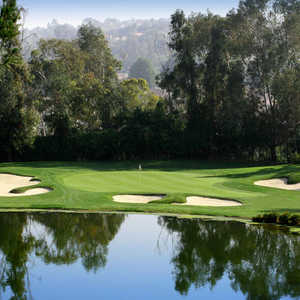 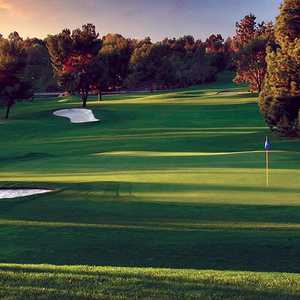 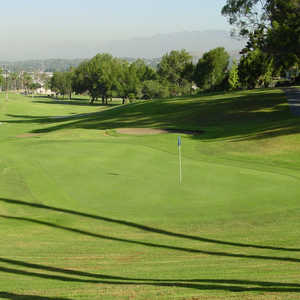